There are a lot of options when it comes to smartwatches, with many of the ones being produced being powered by Google's Android Wear platform. Tic isn't a new company, but it certainly isn't as large as Samsung or LG. The firm has offered a couple of different smartwatches in the past powered by its own proprietary OS. Now, it seems that the firm has changed its focus, announcing two new devices that will be powered by Google's latest Android Wear 2.0.

So what is the main difference between the two? The Ticwatch S is the sport model that has a special watch band that is breathable, meaning the sweat won't build up like leather or rubber alternatives. Also, the band will feature a GPS antenna built into it, providing superior accuracy. But, those looking to customize their watch might want to avoid this model, because the watch band on the S model is not removable and cannot be swapped out.

The E model will feature all of the same internals as the S model but will offer a watch band that can be removed for easy customization and a different bezel. There is also a slight difference in the diameter of the watch, but you can find details of both watches listed down below. 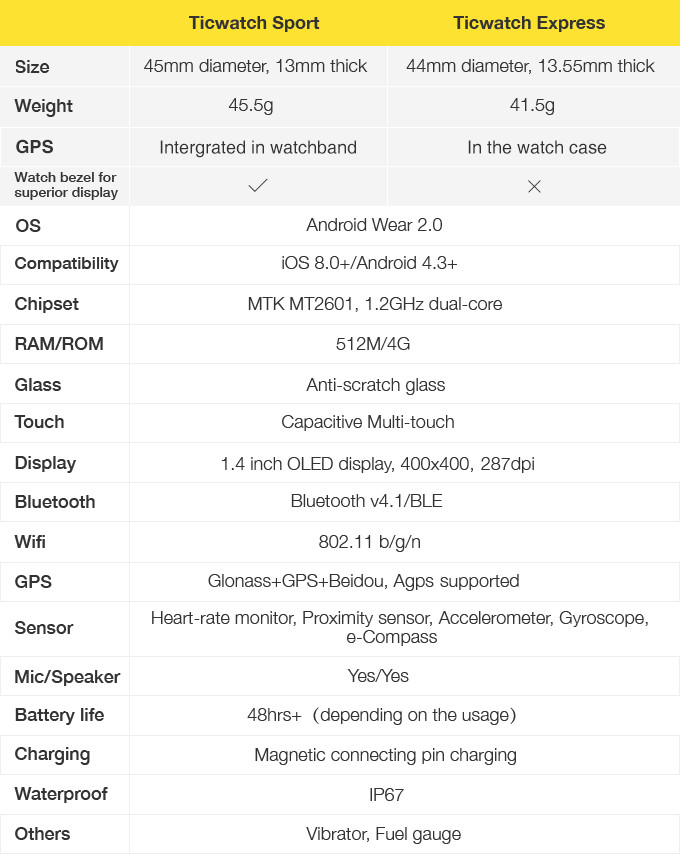 If this looks interesting to you, you can now fund the campaign through Kickstarter. The watches will start at $119 and is expected to be delivered around October. As with campaigns of this type, putting your money towards the project is not a guarantee that you will get a product in the end.