Whether you like them or not, there's no getting around the fact that Apple has been a major proponent of the thin-and-light mantra, with both the MacBook Air and iPad making their notebook and tablet rivals look embarrassingly fat and heavy. But Apple's competitors are fighting back. Just yesterday, Acer showed off its stunning new Ultrabook, the Aspire S5, which will take on the Air in the ultra-portable notebook segment.

But while there have been many pretenders to the iPad's crown over the last few months, none have managed to dethrone Apple's ‘magical' slate. Toshiba hopes to change that with its new Excite X10, which it claims is the thinnest 10-inch tablet the world has ever seen.

It shows up the iPad in other ways too - in addition to a micro-USB port, the Excite also has a micro-SD slot and a micro-HDMI port, along with a docking port. Connectivity is what you'd expect of a modern tablet, with wi-fi (b/g/n) and Bluetooth 2.1, along with GPS and compass. A light sensor, accelerometer and gyroscope are all present too. 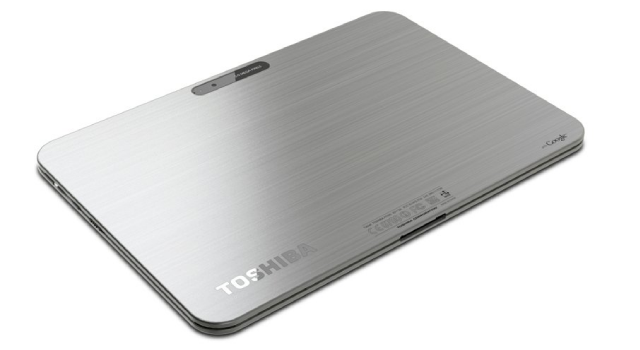 There's a 2MP front-facing camera, and on the back, a 5MP shooter with LED flash, capable of recording 1080p video. The magnesium alloy body also houses stereo speakers - with SRS enhancements, we're told - but let's face it, these aren't going to replace your home cinema system, so don't expect too much of them. 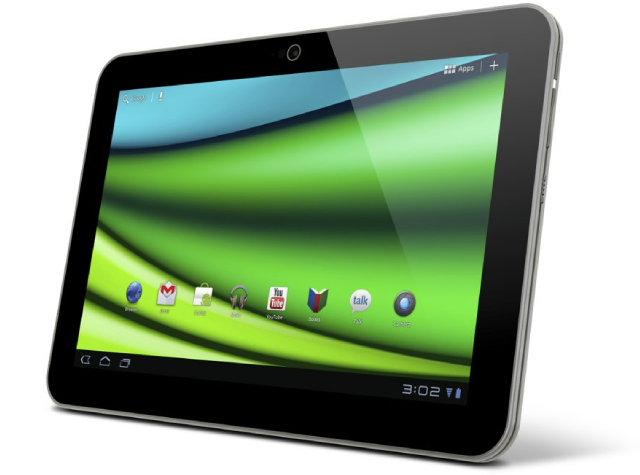 Of course, there's also that 10.1” IPS display, with 1280x800px resolution, LED-backlighting and 10-finger multi-touch support - all protected with trusty Gorilla Glass, and an anti-smudge coating to discourage your greasy paws from messing up the screen.

A 1.2GHz dual-core TI OMAP 4430 processor keeps things ticking, along with 1GB RAM, and 16GB ($530) and 32GB ($600) storage options. Business Insider claims that Toshiba is hoping to ship the tablet with Android 4.0 Ice Cream Sandwich on board, but it may end up selling it with Android 3.2 Honeycomb, and releasing ICS as an update later (Tosh claims that the device is "ICS-ready" according to Engadget.)

So, it all looks rather good really - but will it finally beat Apple's iPad 2 at its game? Will it even succeed in beating its Android rivals, such as Samsung's Galaxy Tab 10.1 and the Asus Transformer Prime? We'll have to wait and see - but with many more devices still to come at CES, it's clear that Toshiba will have plenty of competition to fight off.

Update: Toshiba confirmed to us last night that the tablet will be WiFi only. They will examine 3G/4G option in the future if the market requests one, but there are currently no plans for such an offering.