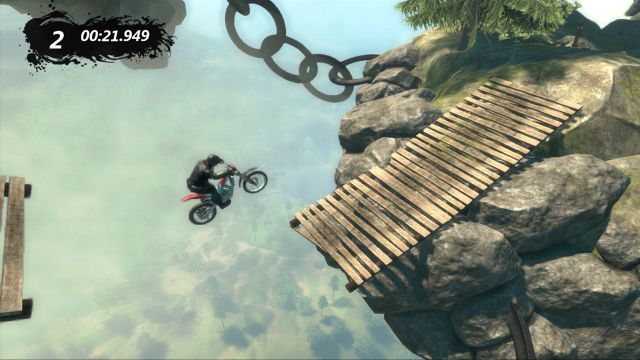 Trials Evolution is having a great launch week. How great? Microsoft has confirmed today on its PlayXBLA.com website that the motorcycle arcade racing game from developer RedLynx has broken the record for the highest grossing one-day game release on the Xbox 360's Xbox Live Arcade service.

Microsoft didn't offer any specific sales or unit numbers, but RedLynx did say in a Twitter message that Trials Evolution sold over 100,000 copies on its launch day on Wednesday. In fact, the game was so popular that the the onslaught of new users brought down Microsoft's servers for a while. Edge Online reports that according to RedLynx, Microsoft has worked quickly to add more servers to take up the load.

Trials Evolution also contains an editor for users to build their own tracks. In an online chat this week on the Xbox Facebook page, RedLynx game designer John Lloyd said, "We will be rolling out more tutorials on how to build certain things and possibly further skill games too." He also hinted that some DLC packs for the game are in the works but would not reveal more details.

Trials Evolution is a follow-up to Trials HD, which was released for the Xbox 360 in 2009. In May 2011, the developer announced that Trials HD had sold a combination of two million units of the game and its two DLC packs. RedLynx was acquired by Ubisoft in November.