It's Trivia Tuesday time again, and today we're looking at Microsoft's extremely popular Windows Live Messenger service that has been one of the most successful services that carries the Windows Live branding. It will be an integral part of Windows 8 as well, with the Messaging app being Microsoft's embedded application that allows instant messaging using the Live Messenger service.

Just how much do you know about Windows Live Messenger though? We've looked around the place to provide you with some statistics and facts about the service.

MSN Messenger was the original name used for the service, and the first client was launched on July 22, 1999. According to Microsoft, it was integrated well with Internet Explorer 5 and Outlook Express 5.

Windows Live Messenger branding was incorporated in December of 2005, ditching the MSN (originally Microsoft Network) name after six years. Despite Microsoft having ditched the MSN branding for the majority of its products, msn.com is still the 16th most visited website according to Alexa. 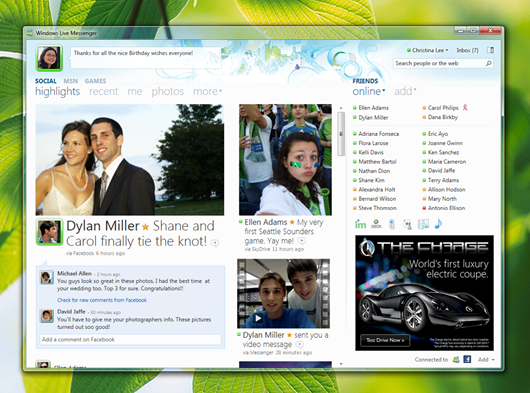 No ads were present in MSN Messenger 1.0, although this was the only version not to include some form of advertising as Microsoft introduced rotating ad banners in MSN Messenger 2.0 in late 1999. Current versions of the WLM application contain a lot of ads, most of which can be removed by 3rd party patching applications such as A-Patch.

2.8 billion minutes of Facebook chat occurred through Windows Live Messenger just six months after Facebook chat was included in WLM. This number could be close to 10 billion currently if similar usage patterns occurred

9 billion messages were sent per day across 1.5 billion conversations in early 2010, and this was before the inclusion of Facebook chat in the client.

40.67% was Windows Live Messenger's marketshare according to a mid-2011 report, making it the most used IM service worldwide. Skype came in second with 27.39%, meaning technically Microsoft-owned services occupy 68% of the market, although note that web-based services such as Facebook Chat are not counted in these statistics. 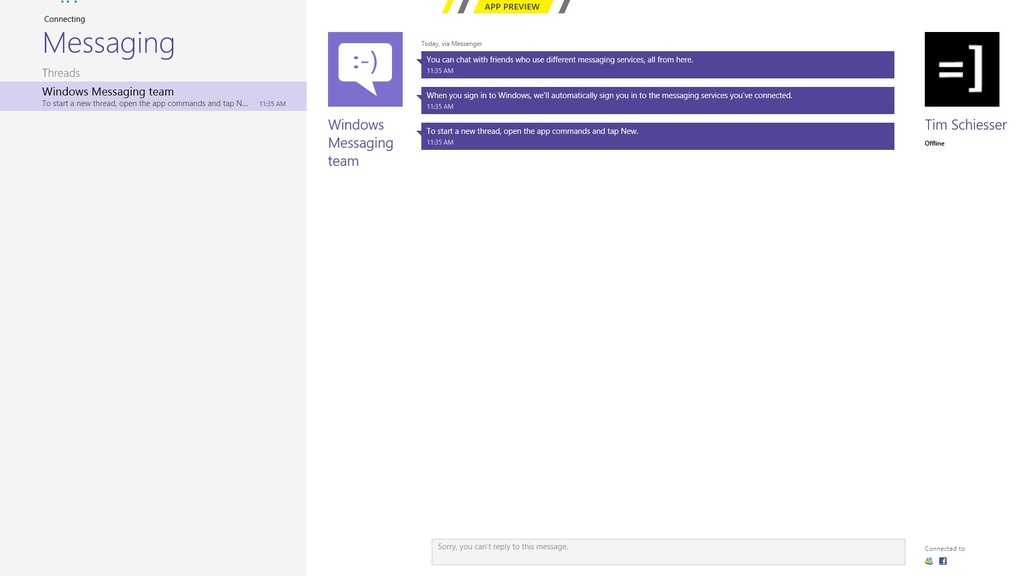 The future of Windows Live Messenger: the Messaging app in Windows 8

300 million people use Windows Live Messenger according to statistics Microsoft released in 2010. This number is almost certainly higher currently, and with the native inclusion of Messenger in Windows 8, this number is only going to grow.

$4.47 billion was the revenue of the Windows and Windows Live devision for Microsoft's fiscal Q2 2012. While most of this will be from sales of Windows, you have to wonder how much revenue Windows Live Messenger brings to the company?

Images courtesy of the Inside Windows Live blog