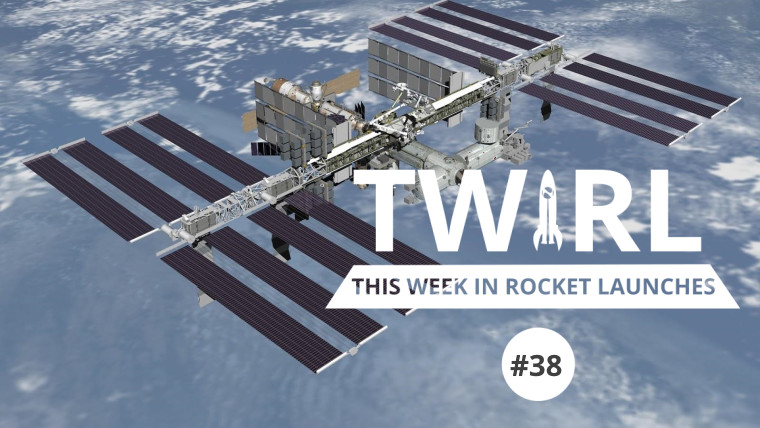 For the last two weeks, we’ve been reporting that the Crew-3 Dragon has been attempting to launch several astronauts to the International Space Station but on both occasions the mission failed to launch due to the bad weather. The mission is now slated to launch on Wednesday evening (local time) and hopefully it will go ahead without a hitch.

The first mission of the week has been covered in previous editions of TWIRL. Japan is planning to launch an Epsilon rocket carrying the RAISE 2 and DRUMS satellites. RAISE 2 is the principal part of the mission and will demonstrate six new technologies in orbit while DRUMS will demonstrate technologies to remove space junk from orbit. The mission is scheduled to launch at 00:48 UTC and will be streamed through the JAXA YouTube channel.

The second mission to take off will be Crew-3 Dragon from SpaceX. This mission actually launches on Wednesday local time but sticking with UTC, the mission is scheduled for a launch at 02:03 UTC. A SpaceX Falcon 9 rocket carrying Crew-3 Dragon to the International Space Station. It will be carrying NASA astronauts Raja Chari, Tom Marshburn, and Kayla Barron, as well as ESA astronaut Matthias Maurer. The event will be streamed via SpaceX.

The final launch of the week is also from SpaceX. The company will launch a Falcon 9 from Cape Canaveral in Florida carrying more Starlink satellites. These types of launches are super common in TWIRL and for good reason; Elon Musk, head of SpaceX, wants to build a huge constellation of Starlink satellites to beam internet back down to Earth, helping to connect remote areas. Eventually, the constellation could grow to more than 30,000 satellites.

The first launch last week was a Long March-2C carrying the second group of Yaogan-32 remote sensing satellites from the Jiuquan Satellite Launch Center. You can see the launch below:

The second launch, also from China, was a Long March-6 which carried the SDGSAT-1 satellite into orbit. As part of the satellites mission, it will look at how humans impact the environment.

Finally, China launched a Long March-2D rocket carrying the first three Yaogan-35 satellites into orbit. The satellites will be used for experiments, land and resource surveys, agricultural production estimates as well as disaster mitigation and prevention.