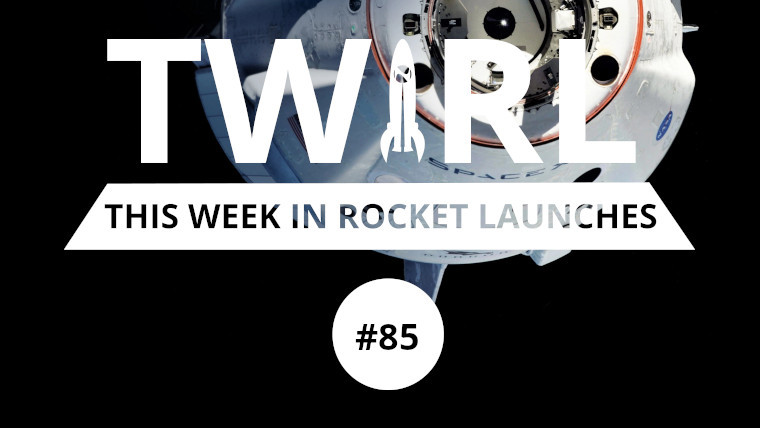 Following the Hurricane that passed through Florida last week, several launches that were scheduled were pushed back onto this week. These launches plus the ones that were already scheduled for this week make for a packed schedule. Possibly the most notable launch this week is a Falcon 9 taking off from Florida at 4:00 p.m. UTC carrying the Dragon 2 spacecraft housing two NASA astronauts, one JAXA astronaut, and a Russian cosmonaut.

On Monday, we have a familiar Starlink satellite launch. This batch is Starlink Group 4-29 and consists of 52 satellites. SpaceX will be launching the satellites atop a Falcon 9 rocket. Once the first stage has done its job of getting the rocket off the ground, it will land back down on the surface ready for reuse. By launching more of these satellites, SpaceX is improving the coverage of its satellite-based internet connectivity. The launch will be streamed, as usual, on the SpaceX website. It’s due to take off at 11:56 p.m. UTC from California.

Next up, we have the launch of United Launch Alliance’s (ULA) Atlas V carrying the SES 20 and SES 21 communications satellites. They will be placed in a geosynchronous orbit for SES, where they will provide C-band television and data services over the United States. The mission will launch from Florida at 9:36 p.m. UTC and will be streamed on the ULA website.

On Wednesday, we’ll have two launches. The first of those is a Falcon 9 carrying the Dragon 2 spacecraft, which will head to the International Space Station with four people aboard. NASA astronauts Nicole Mann and Josh Cassada will be joined by JAXA’s Koichi Wakata and Roscosmos’ Anna Kikina. The mission is scheduled to take off at 4:00 p.m. UTC and will be streamed on YouTube and likely on SpaceX’s website too. The mission will launch from Florida.

An hour later, Rocket Lab will launch an Electron rocket carrying the GAzelle (OTB 3) satellite and will be operating by General Atomics Electromagnetic Systems Group to perform experiments for customers. In typical Rocket Labs fashion, the mission has been given a fun name, this time it’s ‘It Argos Up From Here’. Argos is a reference to the Argos 4 Advanced Data Collection System, the largest payload on OTB 3. The Argos 4 A-DCS mission will collect data from thousands of sensors around the world. This mission will launch from New Zealand and will be viewable on the Rocket Lab website.

Like Wednesday, Thursday will deliver two rocket launches. The first of these is set to take off at 11:07 p.m. from Florida. SpaceX will launch another Falcon 9 carrying the Galaxy 33 and Galaxy 34 communication satellites for Intelsat. These two satellites were built by Northrop Grumman and will provide C-ban video and television broadcasts to the United States from a geostationary orbit. You’ll be able to tune in to the launch on SpaceX’s website.

The second launch will be a Long March 2D rocket carrying the Advanced Space-based Solar Observatory (ASO-S) called Kuafu. As the name suggests, this observatory will be dedicated to solar physics. It’ll be the first time that China has launched a satellite for the study of Solar physics. The rocket will carry other payloads too including Jinzijing 3-6, Qilu 2-3, Jinzijing-Qilu, Luojia 3-01, Beiyou 1, and Tianzhi 2D. This mission will launch at 11:40 p.m. UTC, but there likely won’t be a live video feed.

The final mission of the week will see Japan launch an Epsilon rocket carrying the RAISE 3 demo satellite. Secondary payloads include QPS-SAR 3 and 4 as well as several CubeSats called MAGNARO, MITSUBA, KOSEN 2, WASEDA-SAT-ZERO, and FSI-SAT. This mission will launch at 12:47 a.m. UTC. You can check this mission profile video if you want to learn more.

The first launch we got last week was a Long March 2D carrying three Yaogan-36 satellites from the Xichang Satellite Launch Center. These will perform land surveys, monitor disasters, and assess crop yields among other things.

Next, we got footage of the DART spacecraft hitting an asteroid to try and alter its course. We mentioned the launch of this mission way back in TWIRL 40, released in November 2021.

As mentioned at the top of the article, Hurricane Ian passed through Florida a few days ago and the ISS caught some footage of it from space.

Following their departure, they speedily got back down safely to Earth.

That’s all we’ve got this week, be sure to check in next time.