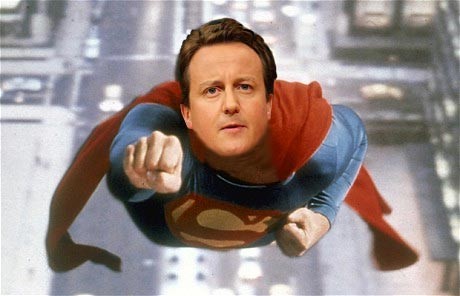 Man of Steel, or Man of Steal?

Online pornography is to be blocked by default in the United Kingdom, with Prime Minister David Cameron stating that access to such materials 'corrodes childhood'. Customers will have to choose to 'opt-in' with their ISP, should they want to see anything explicit.

The ban is meant to come into effect before the end of the year, with family-friendly filters affecting new and old customers alike. Internet search terms Cameron described as 'horrific' are on a list of things to blacklist (what kind of debauchery remains to be seen). Below are the changes in a nutshell, via ISPreview:

Somewhat ironically, former head of the Child Exploitation and Online Protection Centre Jim Gamble told BBC's Radio 4 that it was important to "get to the root cause of illegal pornography". In other words, make shutting down the origins a greater priority.

Unsurprisingly, images depicting rape are to be banned, bringing UK law in line with that of Scotland; although an apparent loophole in the Criminal Justice and Immigration Act 2008 means it's not currently a crime. Experts have suggested that UK ISPs will be reluctant to act out of an unwillingness to become censors. Pity they couldn't censor the royal baby news.