Motorola's next mid-range device has been revealed in benchmark stats from GeekBench and is expeted to be an upgrade to the Moto E or the 4G version of Moto G.

It hasn't been long, since Motorola launched the second generation of Moto G, and the entry-level Moto E is also a relatively new smartphone. But the company already is testing a new updated device which could replace either one of these or be a new series altogether. 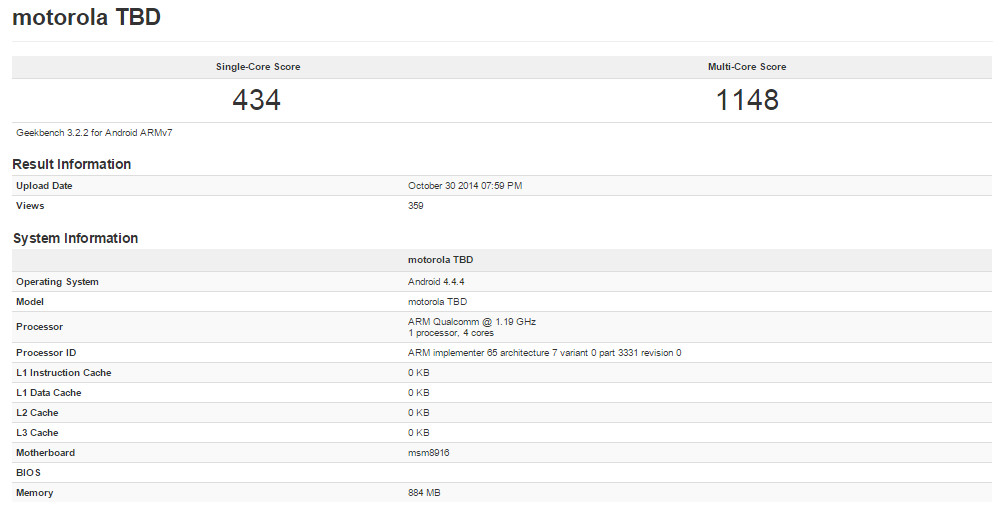 According to the GeekBench results, the currently unnamed Moto, features a 64-bit quad core Snapdragon 410 processor with a clock speed of 1.2 GHz, 1 GB of RAM and running on Android 4.4.4 at the time of testing. The results from GeekBench are very recent as they have been uploaded to the site on 30th October.

At this point there is no other information about the smartphone available, which isn't generally the case with leaked benchmark results as they do include most specs. This could likely be a developer unit which is yet to be finalized as made obvious by the "motorola TBD" moniker up top. We can expect to see more of the device once it is past this stage.