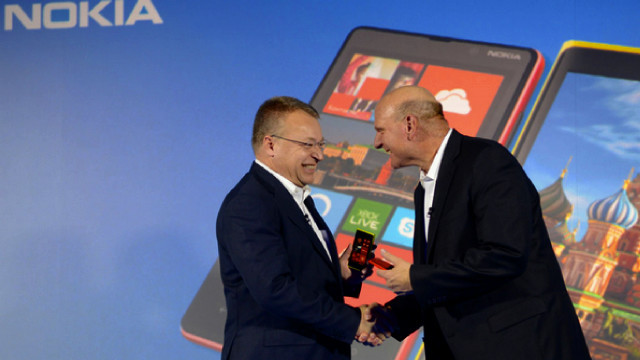 Microsoft's plans to acquire Nokia's Devices and Services business, which includes its smartphone hardware division, has cleared another hurdle. The plan has now been approved by U.S. government regulators.

The notice of approval from the Justice Department was posted on the Federal Trade Commission website today, showing that the actual thumbs-up was given on Friday. Microsoft first announced their plans to buy Nokia's smartphone business, including its Lumia smartphones running on Windows Phone, in early September for over $7 billion.

Nokia's shareholders previously voted overwhelmingly to approve the deal a few weeks ago. The next major issue is getting the regulators of the European Union to give their consent for the acquisition; that decision could come as early as this week. If approval is given, it's expected that the Microsoft-Nokia deal will close by the end of the first quarter of 2014.

While Nokia plans to sell off its smartphone assets, it will still hold onto a number of other business divisions, including its HERE mapping services, Nokia Solutions and Networks telecommunications equipment division and its Advanced Technologies business, which will work on a number of projects, including new "web and cloud technologies."