At Indigo 2017, a Valve presentation went mostly unnoticed by the gaming community this year. A few pictures surfaced online of the event which was held in the Netherlands on June 30th. This ties into reports earlier this year of some users on Steam data mining the application, and then found some pointers to a possible refresh. 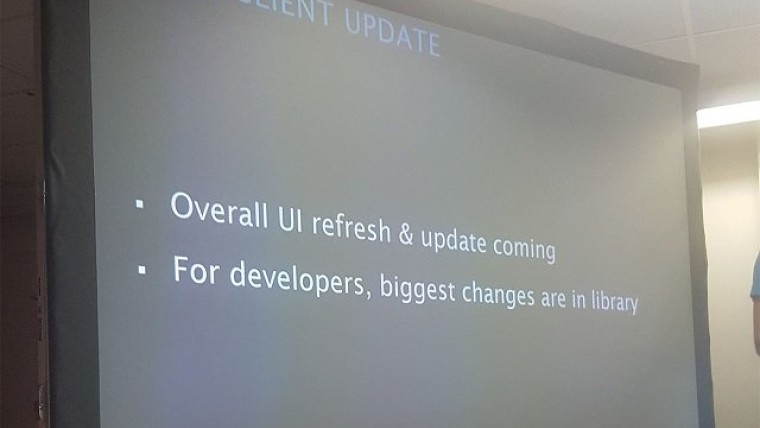 During the event, Valve officially confirmed that this refresh is coming, though the confirmation was hidden amongst other data points. The firm also noted that they have 67 million active monthly users, and these gamers purchase about 1.5 million games and add-ons every month. Their biggest market is North America which isn't too surprising, with Western Europe coming in at second place.

Amongst the planned UI changes, there is a greater focus on your game library, more interactive game launch pages with a rich display of content, and a more community driven approach. On Xbox One for example, game pages in the store feature both official video content and live streams, as well as captures made by the community, which gives the buyer a more detailed look before they spend their money.

At the time or writing, the updated UI doesn't have an official launch date as of yet.

Source: SteamCN via Gaming on Linux | Images via PinkGun(SteamCN), Kotaku