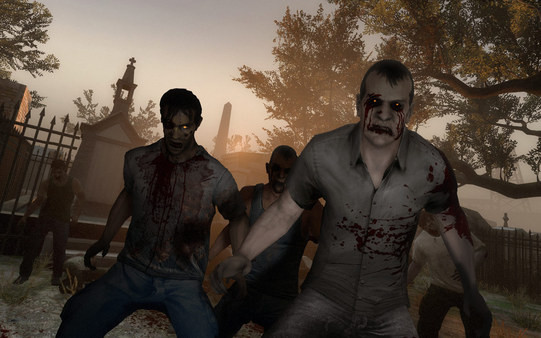 While many may still be unwrapping Christmas presents today, Valve is offering a surprise gift for its millions of Steam users. Earlier today, the Windows, Mac and Linux ports of its zombie co-op shooter "Left 4 Dead 2" were made free, and it will stay that way until 1 p.m. Eastern time on Thursday.

Those who redeem the offer will have access to the full version of the game from their Steam accounts. Or, as Valve puts it, "It will be free as in, grab it now, pay no money, and it is yours to keep forever – FOR FREE!" Apparently a lot of people are jumping on board this offer as the Steam storefront has been offline for parts of the day today, most likely due to heavy traffic.

Anyone who already owns "Left 4 Dead 2" can also benefit from this offer with a new achievement that's been added to the game: "Ghost of Christmas Present." Those players can claim the achievement by helping a player who got the game for free through any of its campaigns.

The free "Left 4 Dead 2" game offer is part of the annual Steam holiday sale, with significant discounts on more than 2,000 PC games.