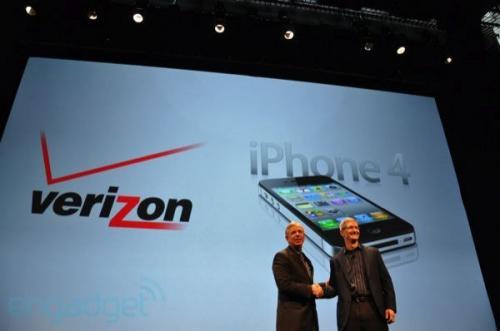 Reports that the Verizon iPhone hasn't been selling exactly as predicted (and that prediction was like hot cakes!) have been circulating the Internet since the phone made its debut on the Verizon Wireless network. Apparently, those allegations have been quite the hyperbole if Daniel Mead, CEO of Verizon, has anything to say about it. In an interview reported by The Wall Street Journal (subscription required, via CNET and MacRumors), Mead refutes any claims that the iPhone's sales on their network is anything but going well.

He attributed the seemingly slow launch to online sales and a staggered rollout of the device. Mead said that Verizon offered pre-orders of the device a week prior to selling it in stores so that the costumer could have a smooth experience. As for short lines in retail stores on launch day, he went on to say that 60% of the iPhone sales took place online and stated "[if Verizon] had not done online, you would have seen a much different flow in the [news]." In the coming months, the company expects to expand the number of stores selling the iPhone from 4,000 to 8,000.

Mead also said that the company expects Apple to launch devices that are compatible with their 4G LTE network. "They understand the value proposition of LTE, and I feel very confident that they are going to be a part of it," Mead stated.

Mead declined to share exact sales figures of the iPhone on Verizon, saying they're going to wait until the company's next earnings release to announce those numbers.