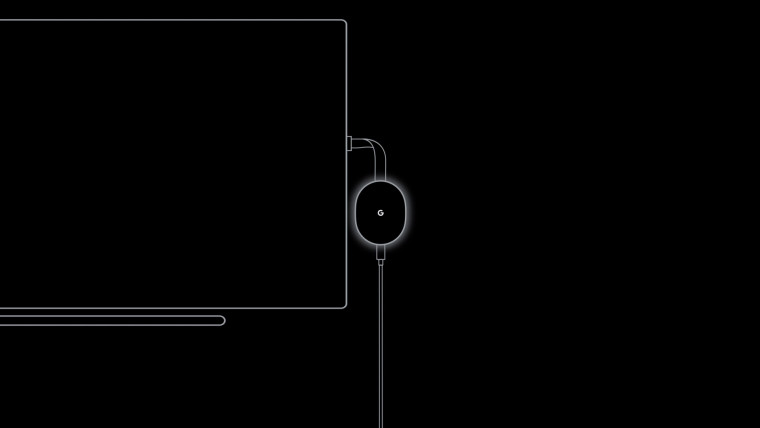 Google dropped the first Android 11 Developer Preview for Android TV today. The first preview does not bring any new consumer-facing features since it is solely targeted for developers and is only available to ADT-3 developer devices. However, a dig into the update files has uncovered a ‘reboot_sabrina’ clip in the system application tasked with handling the setup wizard for Android TV.

For those not in the know, ‘Sabrina’ is reportedly the codename for a Made by Google dongle running Android TV. The existence of such a device was reported back in March, after which marketing materials showing the device’s design leaked earlier this month. The dongle is also rumored to support Google Stadia.

The video spotted in today’s release provides a demo of how to reboot the ‘Sabrina’ dongle, which is by unplugging the cable and re-plugging it to the device after a three-second pause. The technique is similar to how Chromecast devices are restarted. While not much else is clear from the video, it does feature a similar silhouette to that of earlier leaked material, including sporting the G logo in the center, further corroborating the existence of such a streaming device.

The exact release timeline or other specifications of the supposed Chromecast Ultra successor is currently not known. What is also not known is if ‘Sabrina’ will indeed be launched running Android 11. Considering that Android 10 was released for Android TV just in December last year, the dongle might be released with that OS, with an update slated for when Android 11 is made generally available for such devices.