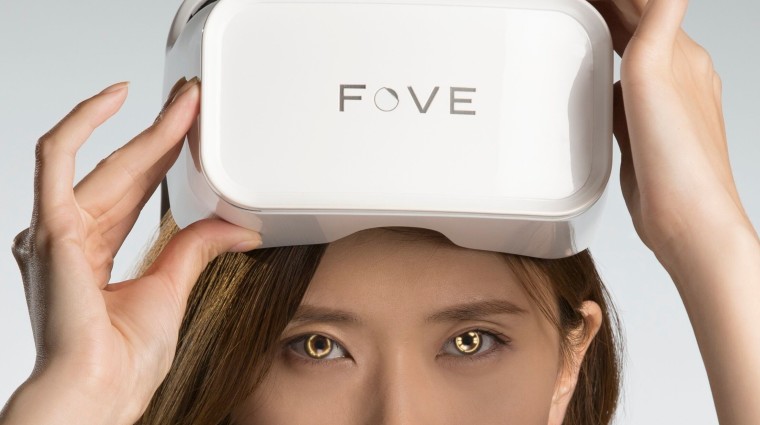 Virtual Reality is definitely getting closer to becoming mainstream, and my experience at SXSW confirmed it as the topic was heavily covered by a lot of different speakers. One of the unique twists I saw in the exhibit hall was a traditional looking VR headset that can also track what you're looking at.

The company is FOVE, and they're conducting a Kickstarter campaign right now. Unlike many other Kickstarter projects, however, this one already has a strong working prototype. While at SXSW, I was able to try the headset on and play a quick shooting game. The device calibrates by having you look at specific places on the VR "screen," and once this is complete you're dropped into a relatively simple game where aliens appear all around you. To shoot them, simply look in their direction and a laser fires out. The VR portion requires you to continuously move your head, looking for the threat before locking on with your eyes.

While clearly this wouldn't make for a great game by itself, it shows off the power of FOVE extremely well. While playing, I really felt like I was Cyclops from X-Men, firing bolts of energy out from my eyes. The company also points out that the technology can be used more subtly in other games. For example, in an RPG, characters in the world might react differently if you look at them directly versus glancing at them out of the corner of your eye.

I also spent a few minutes chatting with FOVE CEO Yuka Kojima, who said that not only does the device track where you're looking, but it can also determine where in 3D space you're looking. For example, if there's a window, FOVE might be able to figure out if you're looking at a smudge on the glass, or a person in the field beyond the glass.

Eye-tracking isn't new: We reported on it from CES in 2012. FOVE looks to add a new twist by combing it with virtual reality and based on the strong support they're seeing on Kickstarter, it appears that there's a lot of interest in advancing the technology.