It looks like webOS just died and became immortal at the same time. But its days as a real player in the market, however, are over, if there ever were such days. Don't expect to see any serious marketing efforts for future webOS devices, and definitely don't expect support for the latest apps. WebOS has become the mobile Ubuntu. It's the new open source OS that everyone has heard of but (almost) no one uses. All it needed to get there was the open source status; it's had the recognized and unused status down to a T for a while now.

That's not all that bad of a place to be; Ubuntu has a happy existence, a stable, usable OS with a small but dedicated group of users and developers. It's arguably the most visible and polished open source OS, and webOS' commercial origins ensure that it's going to be on the same level. Even though it's not as mature of an operating system as Ubuntu, webOS has the same Linux roots, and Palm and HP worked very hard to make it a competitive player in the modern mobile market.

Regardless of the reception of the supporting hardware, webOS itself was actually been pretty well received. When it was launched on the Palm Pre back in 2009, despite some mixed opinions on the hardware, a few outlets actually declared the interface to be more attractive than Apple's iOS. It's definitely different from what we're used to, but I think it definitely knocks Android out of the ballpark when it comes to usability.

Ultimately, the hardware that ran webOS just wasn't able to compete with the other smartphones and tablets in the market. If the TouchPad had been just a little more powerful, if the Pre had been a little bit more iPhone and a little bit less Blackberry, maybe they would still be here - or not. The saturation in the mobile market certainly didn't help matters.

The question, though, is what happens to webOS now? HP has said that they will continue to support it with new hardware releases, even though they are contributing the OS itself to the open source community. That's just a way to try and escape with what little dignity they have left. They want to be able to say that they did something with Palm, other than just acquiring it for the patents, but the fact is that they got screwed.

If you're a fan of the TouchPad, don't get too excited about HP's promise for new webOS hardware. Chances are that it's going to look a lot like Ubuntu here, too. Rather than a new, more powerful TouchPad, the best we can hope for is probably a cheaper version of HP's future Windows 8 tablets, without Windows 8, of course. Hidden away somewhere deep in the checkout menu where three people can actually find it will be the option to pick your OS.

WebOS fans can take heart in knowing that all is not lost. To be fair, the open source community has been able to turn out some fairly impressive software, and webOS provides anyone who is interested with a solid set of shoulders to stand on. But it's a tough road ahead. The most visible players tend to have corporate support behind them, and it's doubtful that HP is too fond of the notion of dumping even more money into a product that they're never going to make money on. Let's face it: there's not much room left for another mobile OS. Next year, it's going to be a showdown between iOS, Android, and Windows Phone, to see who comes out on top, and who gets to be a second and third contender. 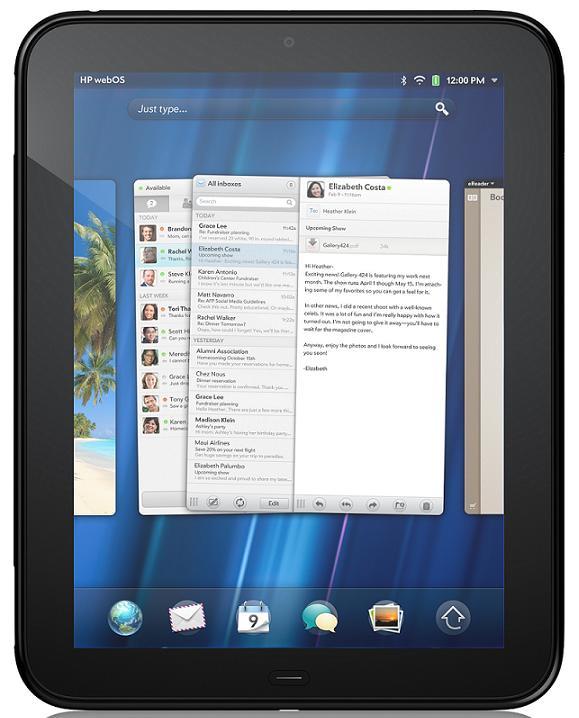 HP did manage to create a sizable userbase by offering the TouchPad at firesale prices after it was discontinued, and webOS, like Ubuntu, has a few very fervent users. It's going to be up to them to keep their beloved OS afloat from here on out, and they just might be able to make it shine. While Android is technically open, it's more proprietary in nature than other Linux distros, such as, again, Ubuntu. Although Amazon and Barnes and Noble have been able to make some rather interesting devices using only the open source portions of the code, it's hard to really consider those devices Android devices without the full 'Android experience' offered by Google.

WebOS is going to be truly open, and that means that it's going to be mostly a hobbyist OS. It also means that it's only going to be a matter of time until we start hearing about the 'year of the webOS tablet.' Maybe making webOS open to forks and all kinds of tinkering will make some of those people who have been trying to install Android on their TouchPads think twice. Heck, we'll probably even be seeing people tweaking it to run on other hardware, like Apple's iPad, or the Kindle Fire. It's the perfect hacker's playground.

Rather than trying to get around all of the safeguards and problems that come with trying to tinker with iOS, and to a lesser extent, Android, webOS might be able to attract a sizable chunk of the homebrew community away from other devices. Not to say that homebrewers aren't up for a challenge, but using webOS could save them a lot of time by letting them focus on tweaking the OS to do what they want, rather than spending all of their time cracking security measures that will be patched a week later.

In short, have no fear, webOS lovers. It will live on. And now that it's open source, it's going to live on forever. As H.P. Lovecraft put it oh so eloquently some 85 years ago: "That is not dead which can eternal lie, And with strange aeons even death may die".