As we just passed the first Friday of the new month, Humble is back with another Monthly bundle from its coffers.

The rest of the bundle will become available to subscribers on April 5, and they can enjoy a 10% discount on the Humble Store and access to Humble Trove games while being enrolled.

Humble also introduced a Hyperdimension Neptunia series bundle this week, and surprisingly, it has a very short end timer for being a weekly bundle. There's still a couple of days left on the counter if you're interested in these action JRPGs. 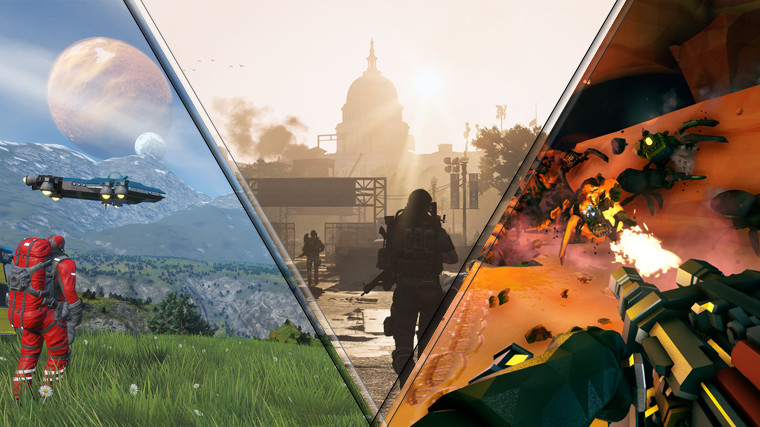 Here are all the games you can try out for free just for this weekend, which has a pretty big spread of genres.

First up is an open beta, the one for Ubisoft's The Division 2 to be specific. You can jump in with up to three friends and try out several missions, the PVP dark zone, and even get a glimpse at the end-game content, all during the beta, which will come to an end on March 4.

Space Engineers has left behind its early access tag and it's having a free weekend to celebrate. You can use the time to build space ships, stations, planetary structures, or anything else you can think of in this survival sandbox.

Up next is a free weekend for Deep Rock Galactic, the cooperative shooter that puts you and your friends into the shoes of space dwarves that tunnel into dangerous, alien infested environments looking for valuable ores.

And finally, we also have Steam free weekends for the open world framing sim Pure Farming and the zombie survival MMO Fear the Night.

Some publishers have decided that this is a great weekend to put their franchises on sale, with Assassin's Creed, Shadowrun, Total War, and other popular series getting their prices slashed. Here's the big deals list we've gathered for you this time.

With all those DRM-filled games out of the way, let's have a look at the DRM-free deals highlight reel.

And that is it for our pick of this weekend's PC game deals folks, and hopefully, some of you have enough self-restraint to not add even more games to your growing backlogs this holiday season. Of course, there is an enormous amount of more deals ready and waiting all over the internet if you comb through it hard enough, so keep your eyes open for those, and have a brilliant weekend.