With the hectic two weeks of the Steam Summer Sale over, we now must return to our regular programming, which kicks off with a brand new Humble Monthly Bundle. It is another three early unlocks month.

Subscribing to the bundle this month will get you immediate access to the acclaimed 3D-platformer A Hat in Time, the open world multiplayer survival title Conan Exiles, and the cooperative prison break game The Escapists 2.

The rest of the bundle will be revealed and delivered to everyone who is subscribed on August 3, with a one-month subscription coming in at $12. 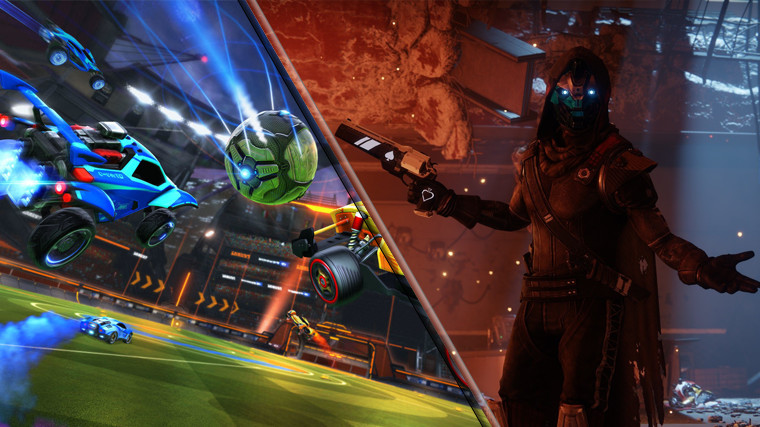 Psyonix's blend of football and rocket car sensation, Rocket League, turns three years old today, and a Steam free weekend has kicked off in celebration. During the event, all of the game's modes, arenas, as well as casual and ranked playlists are open for everyone to play in. And, for those interested, there is even a 50% discount going on for the full game.

Meanwhile, Bungie's Destiny 2 is also having a free weekend, but unlike the previous event, it is being hosted via the Blizzard.net client. With the exception of DLC content, the entire base game is available to try out during the free event, from the full cooperative campaign to all player versus player multiplayer modes. There is a discount available for the base game and expansion bundle too.

Although having any funds left inside of wallets after the Steam Summer Sale is not very likely, there are some DRM-free deals that have gone up on the Humble Store this weekend that might pique your interest. They give Steam keys as well, by the way, if you're into that sort of stuff.

Of course, we can't forget about the GOG store when it comes to DRM-free games, where there is a host of discounted titles centered around medieval and horror genres for you to peruse this weekend.

And that is it for our pick of this weekend's PC game deals, folks. Hopefully, some of you had enough self-restraint to not break the bank adding new games to your ever-growing backlogs in the last couple of weeks. Of course, there is an enormous amount of other deals ready and waiting all over the interwebs if you comb through it hard enough, so keep your eyes open for those, and have a great weekend.