Destiny 2 and the seven other games in the June Humble Monthly Bundle have bid farewell, and have been replaced by several new early unlocks for the July bundle. Now for the usual $12, you will immediately receive three games, with the rest of the bundle being unveiled and delivered on July 6.

The early unlocks are Hearts of Iron IV, the World War II grand strategy game by Paradox Interactive; Blackwake, the ship-based multiplayer shooter that is currently in early access; and Portal Knights, the sandbox cooperative action-RPG.

The pay more than the average tier is hovering around $17 currently, and gets you a copy of ARMA 2, three DLC packs for it, as well as the stand-alone expansion Operation Arrowhead.

Curiously the tier that gets you ARMA 3 and three of its DLC packs is cheaper than the previous category, coming in at $15. And lastly, the Apex expansion for ARMA 3 as well as all the previous items arrive with the final tier for $20. 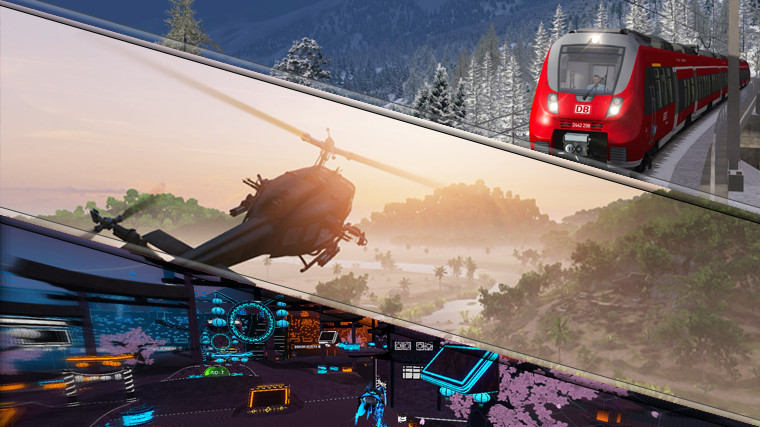 If you're a fan of trains then look no further than Train Simulator that is running a free weekend on Steam, giving you access to the full base game. Be vary of being hooked, however, as there is a vast ocean of DLC packs available for the game, which will set you back thousands of dollars if you get carried away.

Tripwire Interactive's tactical military shooter title, Rising Storm 2: Vietnam, is the next game having a free-to-play event, giving you full access to its 64 player multiplayer battles that span across 20 maps.

The newly released indie sports title Kabounce is also free this weekend, where you get to play as a fast-paced pinball with various abilities against other players in 4vs4 multiplayer rounds.

There is also a very tempting discount code running on the Green Man Gaming store. Using the code JUNE25 will apply a 25% discount on everything that is available, even new releases and upcoming games.

Now, with all those out of the way, let's have a look at the DRM-free deals that are on offer this weekend.