On Monday, we started a new daily feature called Weird But Fun Windows 8 App, showcasing an app that looks like it's kind of cool, even if its a little on the odd side. Today, we put our focus on a recently released app called Firefly Watch. 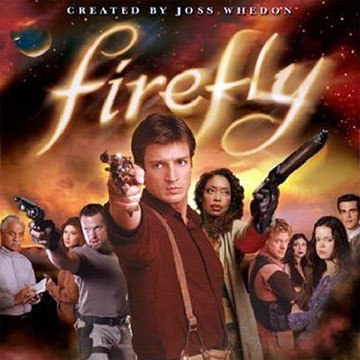 No, not that Firefly (although we would love to have a good Windows 8 app based on Joss Whedon's best TV show ever). 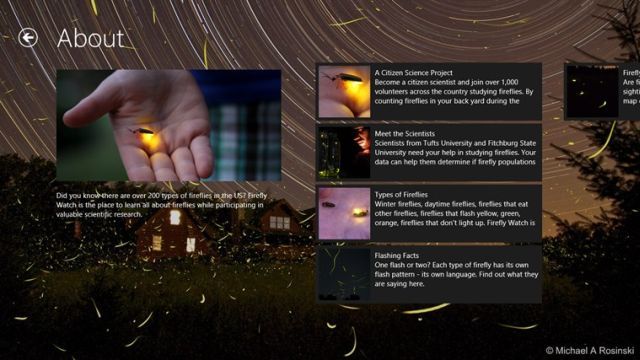 Firefly Watch was actually created by the Museum of Science in Boston, which is leading an effort to track the glowing bugs with help from Tufts University and Fitchburg State College, along with volunteers from all over the world. The app's description adds:

With the Firefly Watch app you will be able to explore firefly sightings across the seasons and learn all about these fascinating insects through quick facts, an interactive sighting map and featured research. You will also be able to meet scientists who are actively researching fireflies.

This is the kind of app that Windows 8 was apparently made for; a highly niche subject that also resonates with pretty much everyone. It's also the kind of app that can actually teach people both young and old as they sit out on their back porch during the summer months and watch the light from the fireflies light up the back yard.

It's also an app that won't likely remain static as the researchers add more information about their findings. Overall, this app looks like its fun and educational and you can't beat that combo.