There are less than two days to go before Microsoft officially kicks off its devices event in New York City. The company is expected to announce a strong lineup of its Windows 10 hardware which includes Lumia flagship devices, an updated version of its Band wearable, the Surface Pro 4 and more.

The event will officially begin on Tuesday, October 6, 2 pm GMT (10 am Eastern; 7 am PDT) in New York City and it promises to be one of Microsoft's biggest launches ever - and below, we've summarized some of what to expect. 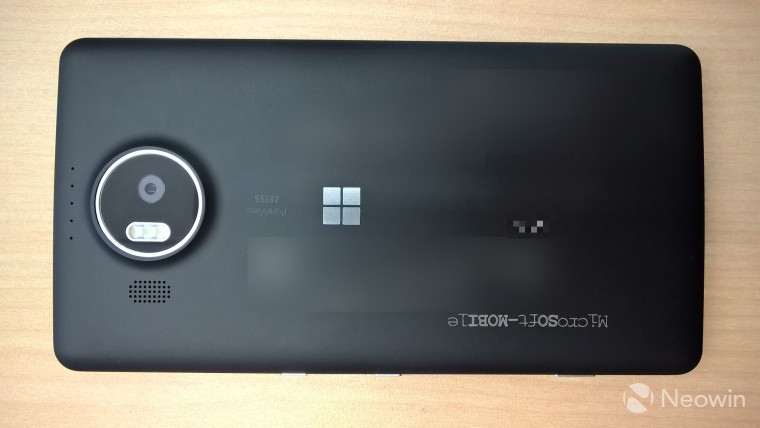 Perhaps one of the biggest announcement on Tuesday will be regarding the new Lumia flagship devices powered by Windows 10 Mobile. It has been more than 18 months since Microsoft showed off the Lumia 930, and more than a year since the launch of the 'affordable flagship', Lumia 830. Needless to say, Windows Phone fans are aching to see the situation change in the form of the Lumia 950 and 950 XL.

With that being said, there is little left unknown about the two handsets; leaked slides from the company's presentation a few days ago confirmed the specifications of the devices, renders showed what the flagships would look like, and only a couple of days ago, we even got to look at high-resolution photos of the prototype devices, showing the Lumia 950 and 950 XL in their full glory. Even Microsoft itself confirmed the devices when it 'accidentally' revealed them on its website. The only questions left unanswered are about the pricing and availability of the handsets.

There have also been a few rumors floating about the launch of the Lumia 550, but given that the flagship devices will be allocated most of the stage time, we doubt that it'll be revealed on the event day itself. However, we do know that the device is coming "very soon". 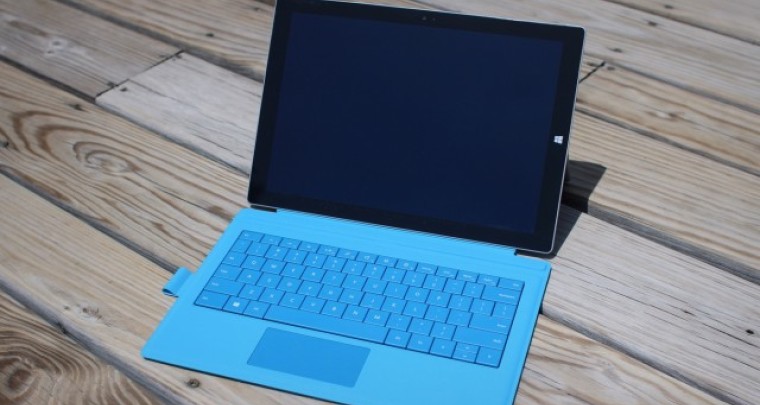 After Apple unveiled its iPad Pro last month followed by Google announcing its Pixel C tablet just a few days ago, the match is set for Microsoft to unwrap its Surface Pro 4 to provide competition to its competitors - a contest that is already stiff enough with last year's Surface Pro 3.

Although, unlike the Lumia flagship devices, the comprehensive list of specs for the Surface Pro 4 is notably absent. However, we can expect it to be powered by a 6th generation Skylake processor, an enhanced 12-inch display with a possible resolution of 4K, a fanless system design and perhaps, even a larger battery. Another interesting rumor also suggest that the device could have a virtually bezel-less display similar to Dell's XPS 13, but given that this would make it extremely difficult to use the tablet, coupled with the credibility of the source, we're not exactly sure this will be the case.

Another interesting rumor points to the possibility of a 14-inch Microsoft Surface, dubbed the "Surface XL". This device is rumored to be thinner than the Surface Pro 3, packs a 1TB SSD, powered by the 6th gen Intel Skylake CPU and is also reported to include Windows Hello facial recognition. Despite the lack of information, it is quite possible that we might see a 14-inch Surface device on Tuesday too.

It has been almost a year since Microsoft released its fitness-tracking wearable, the Band, and it has enjoyed some popularity. While Neowin's own Anthony Tosie used the Band for six months and claimed it to be a "product worth considering", he did point out some glaring omissions in the device, with suggestions about how it could be made better.

It appears that Microsoft has listened to his suggestions as well as those of countless others as the purportedly leaked renders of the updated "Band 2" feature a curved display which will hopefully solve the issues many users have been facing. The design is more or less similar to the original Band but it does have a premium look. The device also features a metallic finish front panel as well as two physical buttons on the side.

The fitness-tracker has reportedly been under internal testing for months and will target new audiences at Microsoft's October 6 event. Specifications of the device are yet unknown, although the wearable is expected to work on Windows Phone, Android and iOS devices.

Microsoft's renewed vision for Windows 10, updates and a 'surprise' announcement

Even though we don't expect Microsoft to announce details regarding the next major update, code-named Redstone on Tuesday - it's expected in 2016, folks! - the company is expected to talk more about updates on Windows 10, Windows 10 Mobile and the OS' first major non-patch update, Threshold 2 (also known as Wave 2), which tows performance improvements and consistency, along with enhancements in Microsoft Edge. 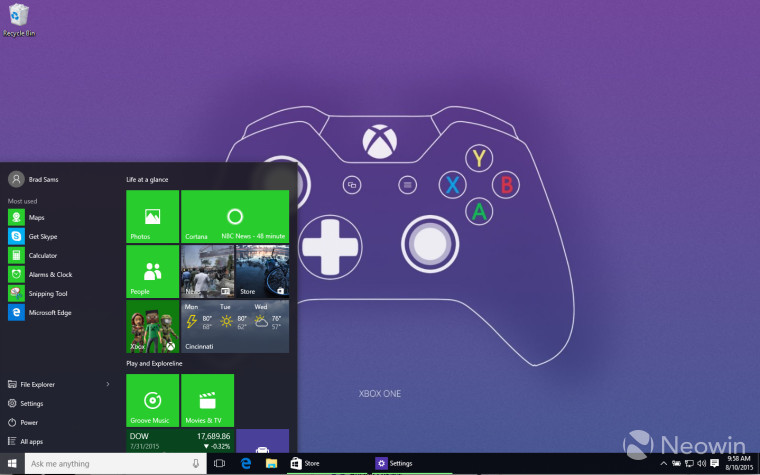 Moving over to Windows 10 on Microsoft's devices, the company is also expected to talk about the OS on its Xbox One console. This includes more details about the "New Xbox One Experience" and possible dates as to when it will officially roll out to members.

Furthermore, some sources are also claiming that Microsoft may be making a "surprise" announcement. Windows Central reports that this could be related to HoloLens as it purports that the company could release the product to its top partners for any further modifications and improvements, for a release in 2016. 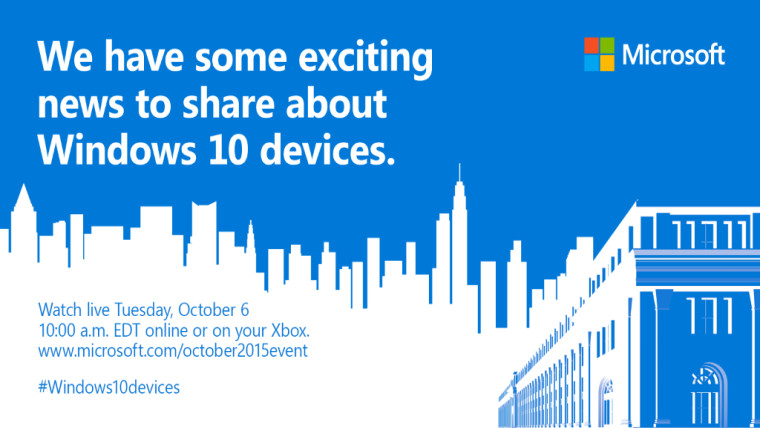 These are some of the most probable announcements we can expect from Microsoft and as always, we'll be covering all the news for you! Neowin's own Senior Editor Andy Weir is on-ground in New York City to bring us the news as it happens. For good measure, you can also follow him on Twitter for the latest updates.

However, if you'd rather watch the event yourself, you can tune in to Microsoft's own live video feed here, on Tuesday, October 6, 2 pm GMT (10 am Eastern; 7 am PDT).