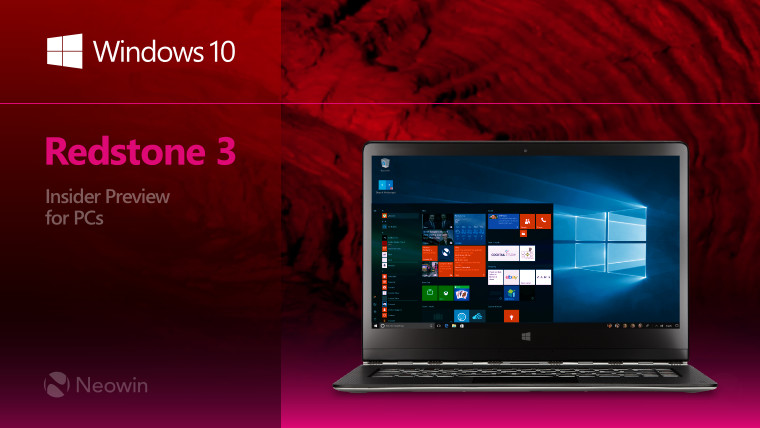 Microsoft today released a new Windows 10 for PCs build to the Fast ring, bringing the build number to 16184. It contains a couple new features, which some users have been waiting for for some time.

My People: Technology is all about making it easier for you to connect with your most important people. Whether you want to share a photo, make plans for dinner, or get an answer from a friend or coworker – My People is here to take it to the next level and bring the people you care about most to the center of your experience. 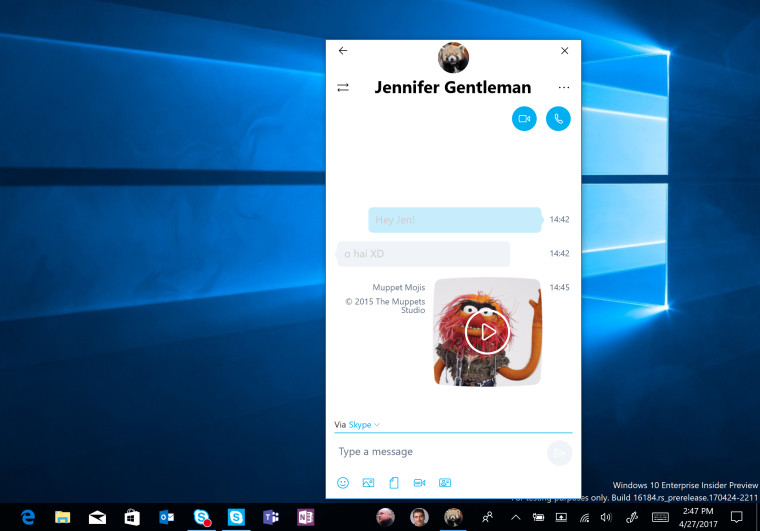 By now, you are wondering ‘but how do I host this party in my taskbar?’. To start with, go to the Store app and make sure you have all the latest updates for the Skype, Mail, and People apps. Then click on the People icon in the taskbar to activate the first run experience and get setup.

Note: Contact syncing is enabled by default following system settings in versions 11.13+ of Skype. If you have an older version of Skype you will need to manually enable contact syncing via the Skype app settings.

Have feedback you want to share with the team? We want to hear it! You can send us feedback by tapping the ellipsis in the People flyout and selecting “Send feedback”, or by opening the Feedback Hub and sharing your thoughts in the Desktop Environment > My People section. We have some more work on its way for this that will soon be lighting up for Insiders, including our improved Share story for People, so stay tuned!

My People was a feature that was originally slated to arrive in the Creators Update. It eventually got delayed, as it wasn't finished in time. The new features for Mail and Calendar were announced last week, and they'll provide a number of features that Outlook users have enjoyed for some time, such as Focused Inbox.

Along with a couple of new features, there are the usual fixes, improvements, and known issues, which you can find here.

The build comes from the Development Branch, meaning that it's a preview of the next feature update to Windows 10, codenamed Redstone 3. While the update is due in September, it will likely include the new Project NEON design language, an adaptable shell that spans across different form factors, OneDrive placeholders, Continuum improvements, and more.

We're now less than two weeks away from Microsoft's Build 2017 developer conference, which kicks off on May 10, where we're expecting to learn more about what will be included in Redstone 3.