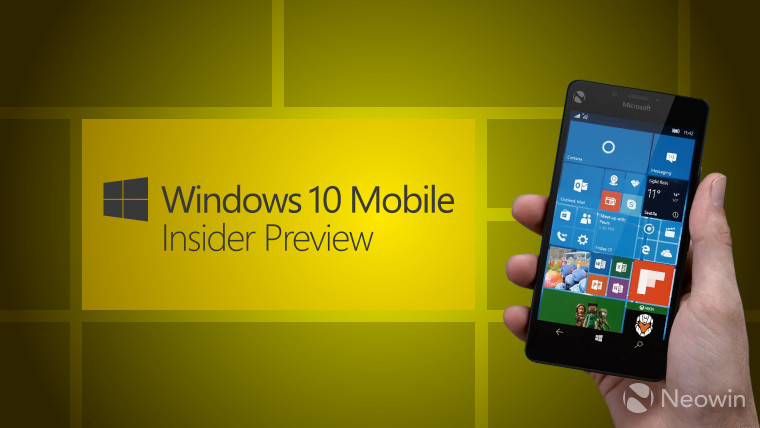 Earlier this week, Microsoft released Windows 10 Mobile Insider Preview build 15207 to the Fast ring. It was the company's third build since it split its Mobile OS into a separate 'feature2' branch, breaking away from the main Redstone 3 Development Branch,that will become the next major update for Windows 10 PCs and other devices in September.

There are also some known issues to be aware of before installing the new build on your device:

Microsoft is now supporting only 13 handsets on the Windows Insider Program - the same group of devices that are officially eligible for upgrade to the Windows 10 Mobile Creators Update. That update began rolling out earlier this week, bringing a handful of improvements, but some major features that had been promised did not make it into the update.

Windows 10 Insider Preview build 16184 for PCs was also released today to the Fast ring. You can check out the fixes and improvements in that build here.