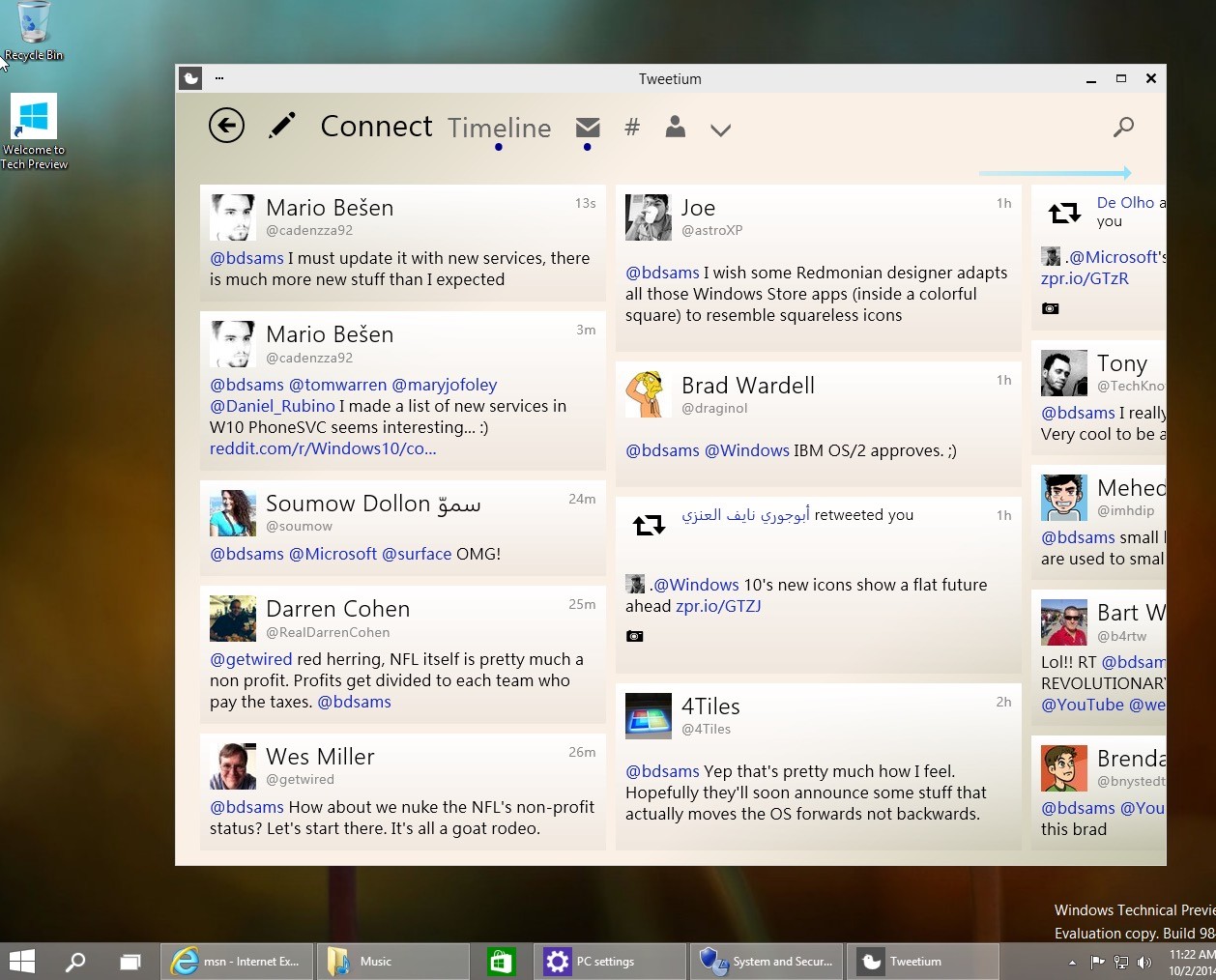 Microsoft is bringing quite a few changes to the way Windows operates with modern apps. In the Windows 10 technical preview, apps now run inside a window on the desktop and while they can go full screen, when you open the app, they are windowed like traditional apps by default. Seeing that modern apps now live in the desktop as well as in the modern environment, Microsoft has made some changes to the way they operate. 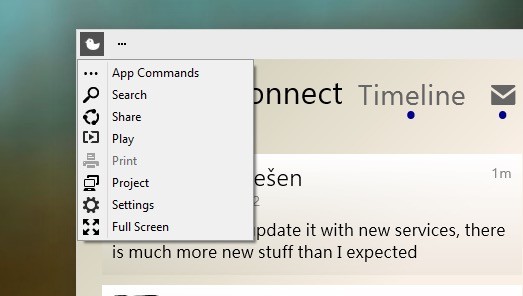 Apps now run in a window on the desktop which means that they have the same basic features as a traditional app. You can min/max an app and close it using the X in the top right, which isn't all that new but what for those of you who need the charms features, they now live in a drop down menu in the top left.

It is from this new drop down menu that you can get apps to run full-screen and also access the other bits of content that you are used to finding in the charms bar. This functionality might change in the future but for now, it does make using the modern apps on the desktop, more mouse and keyboard friendly. 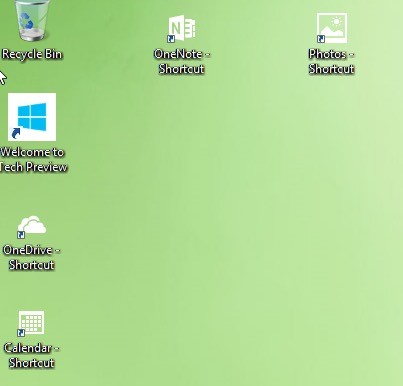 Additionally, you now create modern app shortcuts on the desktop by simply dragging the icon on to your desktop. Unfortunately, it does not retain its live tile capability in this build and we are not sure if this functionality will change in upcoming releases.

We are not sure if it is a bug, but as of now, we can only create modern app shortcuts to Microsoft applications. When trying with third-party apps like Tweetium, the copy to desktop notification shows up but the icon does not stay.

Let us know in the comments below if you are able to get third party apps to create shortcuts on the desktop.

While this is still an early build of Windows 10, we would not be surprised if there are more changes to how modern apps function on the desktop in the upcoming consumer preview of the OS.