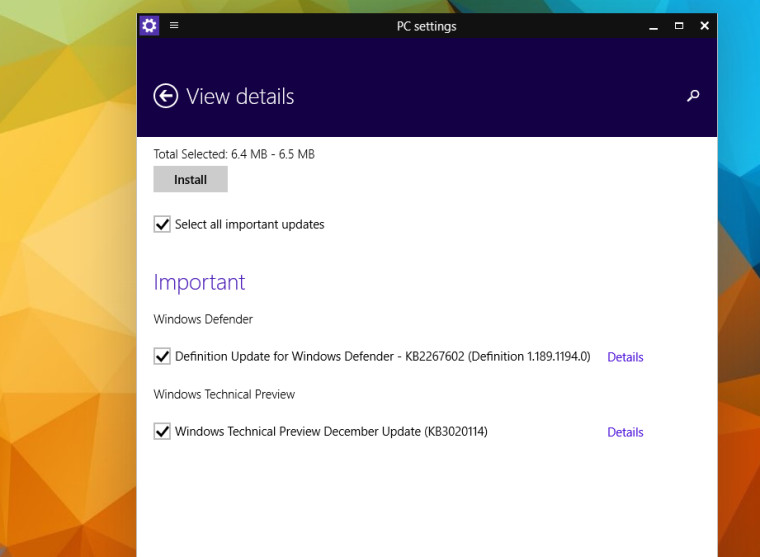 Microsoft has released another patch for Windows 10 build 9879 and this time they are addressing the bug that caused Explorer to crash frequently. The update is available now via Windows update but know that it does require a restart to complete the install.

Microsoft has released previous patches but this one will likely appease users the most as the Explorer crashing issue was widespread among users.

Even though Microsoft will not be releasing any more builds this year and likely won't release anything until the consumer preview, another build has leaked. This time around it is build 9888 and there are a couple of new features too.

If you do install the patch, let us know how it goes for you. While we do not expect any significant issues with this patch, there is always a chance that it could introduce a new issue.

As always, we do not recommend installing Windows 10 on a production machine or to use it as your daily driver. While the OS is useable, it will crash more often than Windows 8 and is not fully supported by Microsoft.