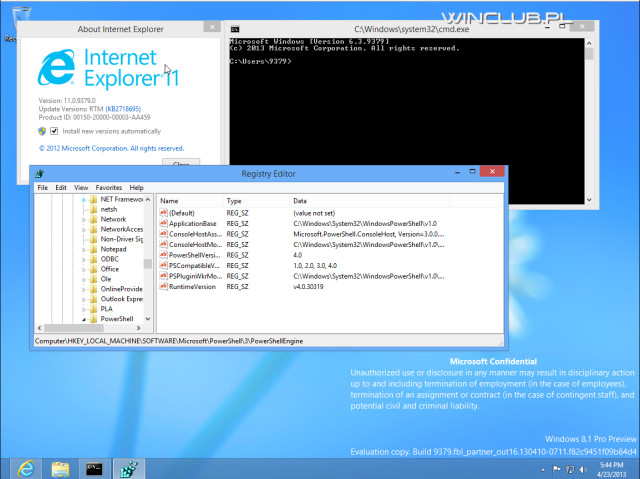 Screenshots of Windows 8.1 build 9379 has leaked which is the fourth copy of Windows 8.1 to have been spotted in the wild, well ahead of Microsoft's expected release in June and closely following behind the leak of build 9374.

The images you see above are of the build 9374 of Windows 8.1 which will be released later this year. As with any leak, we highly caution you from installing the build on your primary machine as these builds are likely not stable and could corrupt any disk you install the files on. 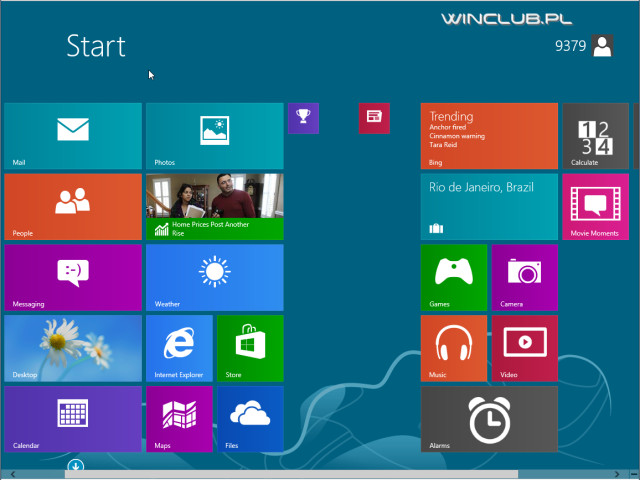 The previous builds to leak in full were 9369, 9364 and 9374, seeing as this is only a small incremental increase from the last leak, we don't expect to see many changes in this build. With that said, Microsoft could introduce a new feature with each new build so there may be small changes hidden within this copy of Windows 8.1