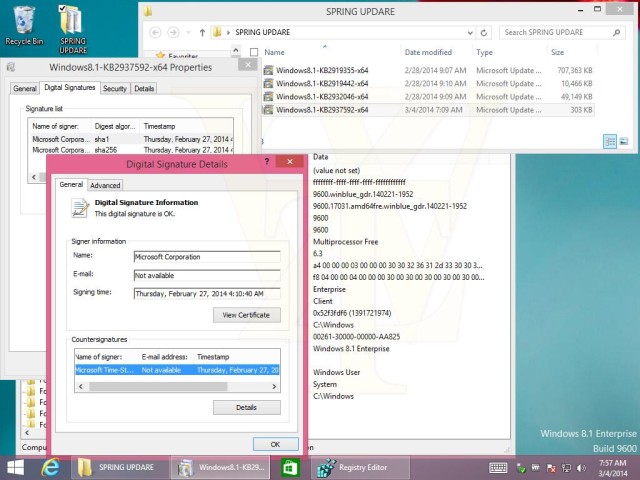 The Spring update for Windows 8.1 has reportedly reached RTM at build 17031 and has also been distributed to OEM partners.

The info comes from famed leaker WZor, who also made note of a possible leak appearing shortly.

at this time we are actively working on this issue, that's all I can say right now :)

You may remember of course, that in February WZor was responsible for the 17025 build that leaked in both x86 and x64 flavours sometime after screenshots of the update started popping up all over the web.

Microsoft announced the "Spring Update" (their words, not ours) just over a week ago at the Mobile World Conference, and said it would be made available through Windows Update at the beginning of April. And for lack of an official name for this update, we asked readers what they think the update should be called, so if you haven't cast your vote yet be sure to make your opinion count.