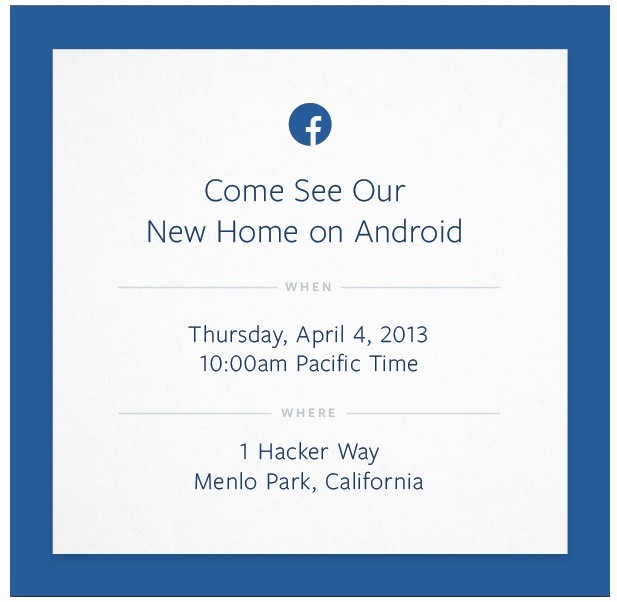 Invites have gone out to various members of the press asking for their attendance for an event that is definitely Android related; but to what extent?

As speculated by Engadget, it could be either a smartphone, or simply an update or revamp of the Android Facebook app. The latter seems more likely if you cast your mind back to July last year, when Mark Zuckerberg denied there were any plans for a Facebook phone.

At the time Zuckerberg stated, "There are a lot of things you can build in other operating systems as well that aren’t really taking, that aren’t really like building out a whole phone, which wouldn’t make much sense for us to do."

Zuckerberg's answer did leave some room for a partnership with another company to make a smartphone with some Facebook features. Indeed, HTC did try to launch an Android-based smartphone with a dedicated Facebook button in 2011. The phone, which was called the HTC Stratus in the US, was a sales failure for its wireless carrier AT&T and is no longer available from that company.

Whatever happens, we'll find out soon enough next Thursday when all is revealed. Stay tuned!