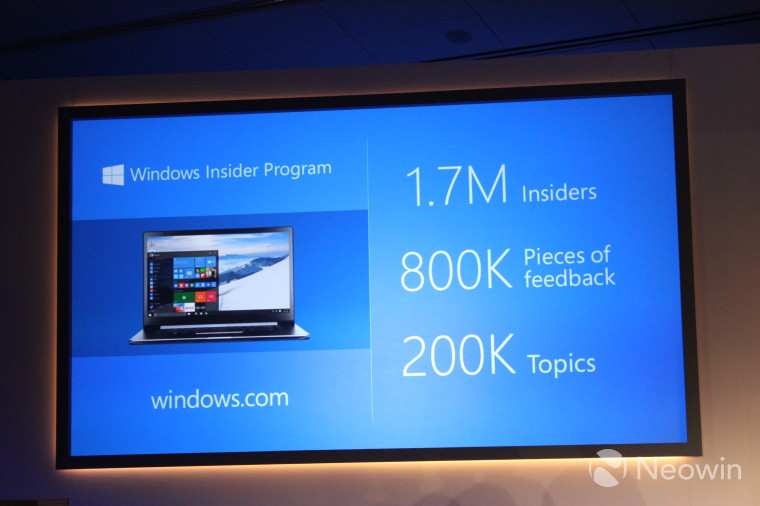 The Windows Insider program kicked off to a great start in October 2014, giving lots of enthusiasts and fans a way to follow Windows 10 developments, and voice their feedback directly to the ears of thousands of Microsoft engineers who are hard at work building Windows 10.

Fast forward to the end of January 2015, and you have more than 3 million Windows Technical Preview installations. A total of over 1.7 million Insiders have tried and tested the early bits of Windows 10, giving their opinion on 200,000 topics, with almost 800,000 pieces of feedback.

At the Windows 10 event, Microsoft VP of Operating Systems Terry Myerson said "our team is really embracing this feedback, and leaning in to this new open development process." One of the Microsoft engineers could be heard in a video at the event saying "this is really the future of building Windows, we're doing it together."

The company also tweeted a lot of shout-outs for people who they felt contributed the most to the Insider Program, such as the one below:

Overall, Microsoft is happy with the result, which brought the tradition of listening to customer feedback to a whole new level. "We're humbled that 1.7 million have signed up to shape Windows 10 with us," Myerson said.