Can you believe that it hasn’t even been two full weeks since Microsoft finally took the wraps off Windows Phone 8.1 at its BUILD conference? For users keen to get their hands on the company’s substantially upgraded OS, the twelve days that have passed since then must have seemed like a lifetime.

But those most eager to get their paws on the update need wait no longer. The timeline that we exclusively revealed last week has played out just as expected, and today, Microsoft announced that Windows Phone 8.1 is now available to download and install for all users registered on its Preview for Developers program. 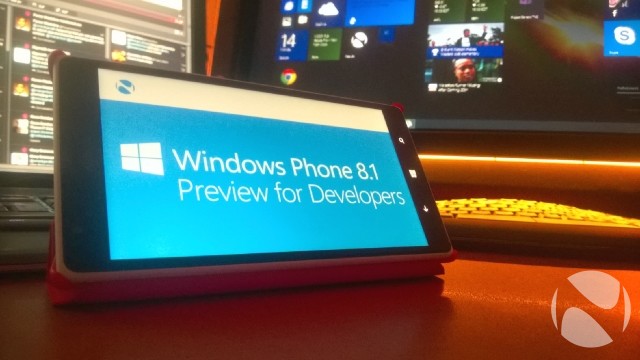 If you’re already signed up to the program, you can check for the update on your handset by navigating to Settings > Phone Update, and then tapping on the ‘check for updates’ button (which, no doubt, many of you have been doing for several hours/days/weeks already). The installation process beyond that point is the same as any other update.

If, however, you have not signed up to the Preview program, don’t panic – it’s super-easy to register, and it’ll only take a couple of minutes.

About the Windows Phone Preview for Developers

Having been announced back in October, the Preview program actually has its roots in an announcement made almost two years ago at the Windows Phone 8 unveiling, at which Microsoft promised to make OS updates available early to “registered enthusiasts”. 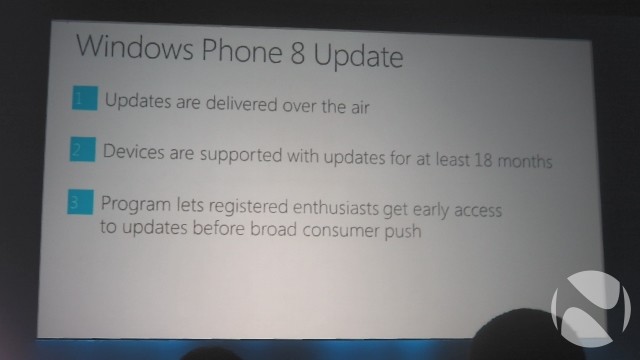 It took the company until late last year to finally make good on that promise with the Preview for Developers, but despite its nomenclature, the program is open to anyone who wants to sign up – not just established devs.

The Preview allows users to get their hands on the latest Windows Phone OS version – but not the latest OEM- or carrier-specific firmware. Once you download and install the OS update, your handset will continue to function with your existing firmware until new drivers and enhancements are made available for your device later.

Nokia, for example, makes extensive firmware customizations to its devices; its last release, with Windows Phone 8 Update 3, was known as 'Lumia Black'. The Black firmware will work quite happily with Windows Phone 8.1 until Nokia releases its latest ‘Lumia Cyan’ firmware in the weeks ahead.

However, if you’re concerned that this whole ‘preview’ thing sounds like you’re installing potentially buggy pre-release software on your device, don’t worry. This isn’t a beta release; the OS you’ll be installing on your device is the same final build that Microsoft is seeding to its Windows Phone partners. This is the real deal – you’re just getting it a bit sooner than most users.

There are a couple of important caveats, however. First, this is a one-way trip; you can update your device to Windows Phone 8.1, but there’s no facility to ‘uninstall’ that update and go back to WP8. For most users, of course, that won’t be an issue.

Second, Microsoft has made it clear that, if you do choose to install the Preview, you may invalidate the warranty on your device. But since this release is no different from the OS update that will eventually be pushed out to every other device (well, with the exception of T-Mobile’s Nokia Lumia 810), the chances of anything going wrong are pretty slim. Still, you have been warned.

T-Mobile’s disappointing decision to abandon support for its Lumia 810 – which is barely 18 months old – highlights the usefulness of the Preview program to an audience wider than the developer community alone. While T-Mo no longer wishes to support the device, owners of the Lumia 810 – and indeed of any other Windows Phone that may suddenly find itself unsupported by a carrier – will still be able to get access to the latest OS updates via the Preview program.

Enrolling in the Windows Phone Preview

Existing Windows Phone developers, registered through the Dev Center, are already enrolled in the Preview program. If you’ve created and launched an app for the platform before, all you need to do is download the Preview for Developers app from the Windows Phone Store.

But even if you don’t know a single thing about how to develop an app, you can still enroll in the Preview program, completely free of charge. Simply visit the Windows Phone App Studio and register with your Microsoft Account details. Once that’s done, download the Preview for Developers app from the Store.

Once installed, open the app, sign in with the same Microsoft Account credentials and tick the ‘Enable Preview for Developers’ box.

That’s all there is to it – you’ll now be able to download Windows Phone 8.1 Preview! Be sure to let us know how you get on in the comments below or via Twitter @NeowinFeed.