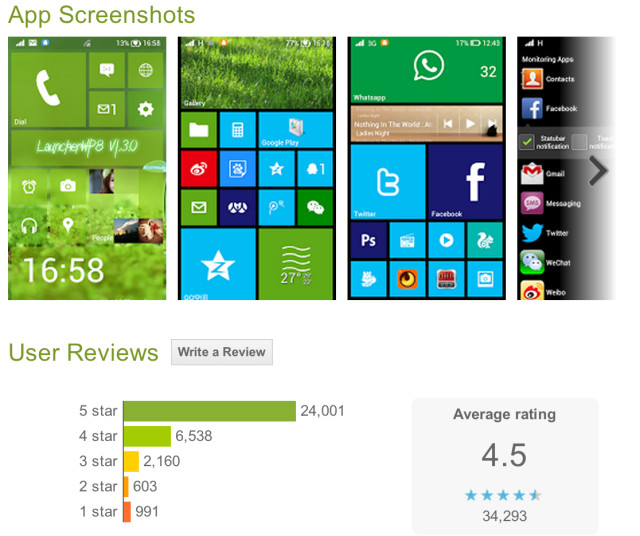 Microsoft’s Windows Phone 8 may have gotten off to a slow start but the steam has been picking up over the past few months. With the OS being updated at a steady rate, the platform is quickly closing the feature gap between it and its Android and iOS rivals.

One of Android’s most compelling features is the ability to customize nearly every facet of the OS. One application launcher, 'Launcher 8', allows you to skin your Android device to look like that of Windows Phone.

The app is quite popular and has surpassed 1 million downloads with an average rating of 4.5 stars. It’s clear that Android users are at least curious about Windows Phone and wanting to try out the UI before possibly going all-in with a Windows Phone purchase.

Whatever the motive, the app launcher does mimic the Windows Phone UI rather closely but is not a 1:1 replication of the native OS. If you are an Android user and want to check out the launcher, hit the source link below and take it for a spin.