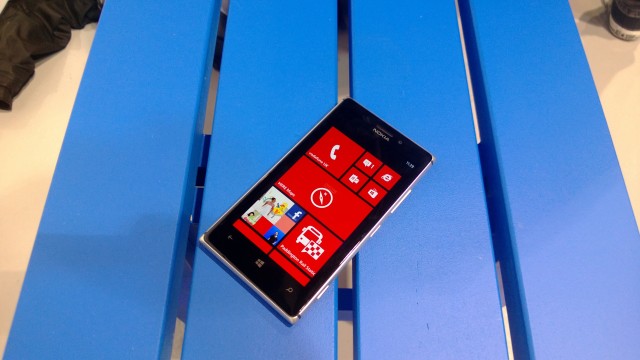 While Nokia has been launching phones left and right lately, Windows Phone itself has been left to the side. We knew there would be a small update coming in the near future called GDR2 but its upcoming features were a bit of a mystery until now.

Ars Technica reports that at today's Nokia London event they had a chance to play with an updated version of Windows Phone 8 and while there aren't many new features, the ones being added will surely make some folks happy.

First up is the ability to set a camera lens as default so it starts up automatically whenever you launch the camera app. Lenses are apps such as the freshly announced Hipstamatic that can tie into the camera app and give the user extra functionality. Until now, users had go into the camera app, tap lenses, select the desire lens and then finally take the picture. But with the upcoming update, folks will be able to simply set a lens a default.

Second, there's the addition of FM radio capabilities to most phones. All you have to do is plug in your headset so it can act as a radio antenna and you'll be able to listen to whatever is in the airwaves around you; this was one of the features we already knew was coming.

The update will also bring CalDAV and CardDAV support so things like syncing contacts and calendars with your Google account should work once again.

Lastly, and this seems to be like the most important one, podcasts support finally goes international. Folks that have switched over from WP7 to WP8 may have noticed that there's no way to access podcast through the Store if you don't live in the US. But, with the upcoming update, all users will be able to access the podcast catalog or at least add their podcasts manually.