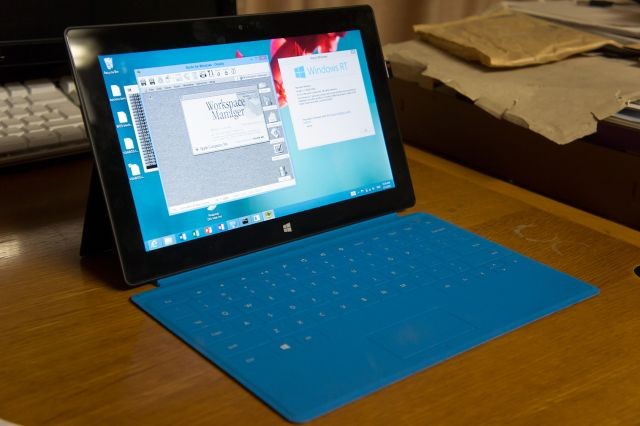 The Windows RT jailbreak mod that was first announced several days ago seems to be inspiring a number of developers to install unsigned programs on Microsoft's Windows RT version of its Surface tablet. On Thursday, another programmer released a jailbreak tool that automates the process.

So how are people using this jailbreak tool? An example of those efforts was put on display on Thursday by programmer Steve Troughton-Smith. He used his Twitter account to show off an image of Apple's Rhapsody OS, which is basically an early version of what would later become Mac OS X, running on Microsoft's Surface tablet. He used Rhapsody because, in his words, " ... Windows 95 is too boring."

We should note this is not a true port to the Surface and the software is running in emulation.

We are likely to see more of these efforts released by homebrew programmers in the days ahead. As we have reported before, Microsoft's official statement on the matter says that this jailbreak mod is not considered to be a security risk for Windows RT users. They add that while they admire what the programmers have done, they point out that the mod has to be activated every time a Windows RT-based tablet is booted up, thanks to the limitations from the UEFI Secure Boot process.