While the mythical "year of Linux on the desktop" may never arrive, it appears that Microsoft is welcoming support for the operating system on the Windows desktop. Many Linux distros including Ubuntu, SUSE Linux Enterprise Server, and openSUSE Leap have made their way to the Windows Store. Towards the end of last year, Microsoft even joined the Linux Foundation as a platinum member.

Now, the company has announced that its Windows Subsystem for Linux (WSL) is out of beta, and will be a fully supported feature in the Fall Creators Update later this year. 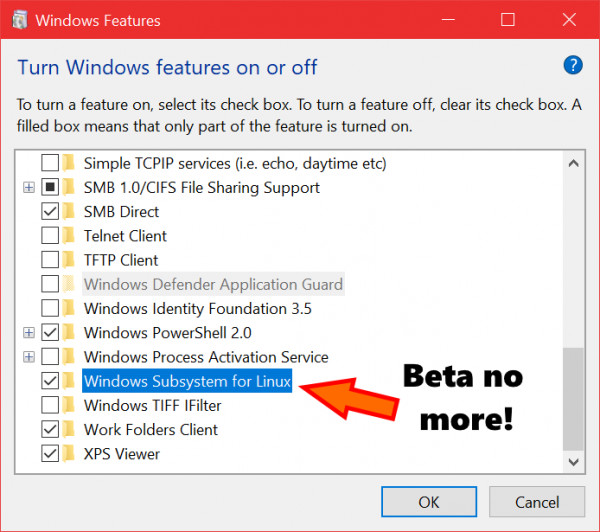 WSL acts as a toolset for developers, allowing them to fully manage, test, and deploy their apps and systems on Windows 10. It also allows access to Linux command line tools, sharing and accessing files on the Windows filesystem from within Linux, and the ability to call Linux executables from Windows and vice versa. Microsoft states that with the recently-released Insider Preview build 16251, WSL is no longer a beta feature.

What this essentially means is that WSL is now fully supported in the Windows 10 Fall Creators Update and that users will be able to file issues on Feedback Hub and will have access to other support procedures.

Microsoft has also noted some features that WSL does not support, including:

Additionally, the company has clarified that it is only responsible for WSL infrastructure and tooling and that distro publishers are themselves accountable for the internals of their distros.

The move demonstrates Microsoft's commitment to making Windows the go-to platform even if a developer wants to test their Linux tools. The company has encouraged users to provide feedback through its various support channels including GitHub and the Feedback Hub.

Source and image via: Microsoft