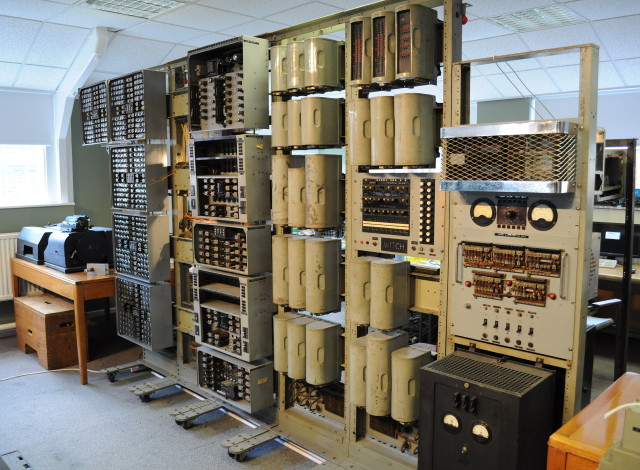 Computers in the 1950s bear no resemblance to the computers we have today, but they're unique beasts and important historic relics. Britain's "Witch" was believed lost, but a chance occurrance rediscovered the world's oldest working digital computer after fifteen years of isolation.

The Witch is a nickname the machine gained, but it might be better described as a leviathan. It weighs more than some cars, clocking in at a hefty two and a half tonnes. Production of this beast began in 1949, and it worked as the heart of Britain's atomic energy research programme.

The Witch, more correctly called the Harwell Dekatron, wasn't exactly fast. Multiplying two numbers could take it up to ten seconds, but it was reliable at least. By 1957, smaller machines were outstripping the Dekatron (and weighing less too, we'd hope).

After it had been annihilated by newer brothers, it was donated to the modern day Wolverhampton University. Here was where it took on the name of "Witch": Wolverhampton Instrument for Teaching Computation from Harwell. It became a museum piece until 1997, where it was put into storage - which turned out to be a municipal store room.

In 2009, restoration of this unique lump of late-1940s culture began. After three years of hard work the Computer Conservation Society, who were responsible for the work, can take pride in what they have accomplished. The Harwell Dekatron is on show in Bletchley Park - infamous for being the home of the British code-breakers during WWII - on November 20.