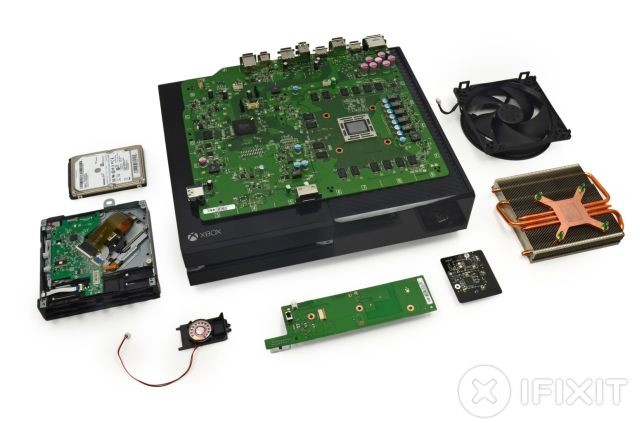 The Xbox One may only be officially on sale in two countries in the world at the moment (Australia and New Zealand) but the gadget repair site iFixit has already gotten their hands on Microsoft's next generation console and subjected it to its teardown procedure.

The final result? The Xbox One gets an 8 out of 10 repairability score. The site claims it only takes a few tools to tear down the console and its design allows for parts like the drives, fan, heat sink, wireless card, and front board to be replaced with little trouble.

The one really bad thing about the Xbox One, according to iFixit, is its hard drive. We knew already that the 500GB storage drive was made to be a permanent part of the console and iFixit confirms that it is "relatively difficult to access". While the Xbox One has a "standard 2.5 inch SATA II drive" iFixit says it may be formatted with a proprietary file system. Considering that Microsoft is not giving Xbox One users a way to manage their file storage on their own in favor of an "automatic" system, this should not come as a surprise.

By the way, the same website torn down an Xbox 360 E console and gave it an 8 out of 10 repairability rating as well.