With Microsoft's E3 Xbox briefing merely hours away, a leak has seemingly confirmed the upcoming console's name, which has been called by its codename, Project Scorpio, since its reveal at E3 last year. According to a Best Buy Canada newsletter, seen below, the new Microsoft console will be named Xbox Scorpio. 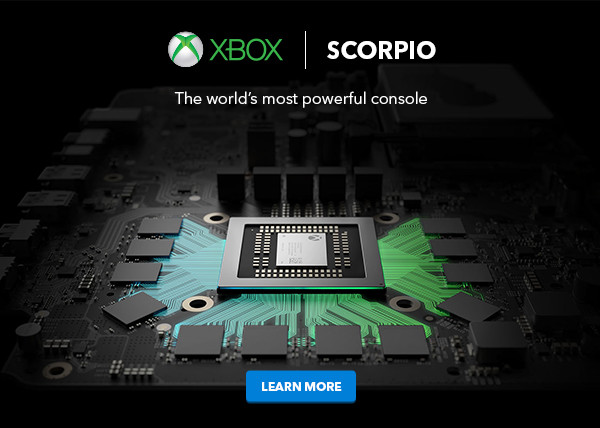 Of course, this piece of news can not be entirely confirmed until Microsoft unveils the console at its event later today, but the company did trademark a gaming-related 'S' logo earlier this month, which may or may not be related to the console.

Earlier today, journalist and 'The Game Awards' presenter, Geoff Keighley, tweeted out that the new console will cost $499 unless something changes at the last minute. But as mentioned before, none of this can be confirmed until Microsoft announces it at the event.

Microsoft debuted Project Scorpio as the most powerful console ever, packed with six teraflops of processing power - two more than the PlayStation 4 Pro - and native 4K support.

No matter if the rumors prove to be true or not, the new console's name, pricing, as well as release date will be officially confirmed in just a couple of hours at Microsoft's E3 event.