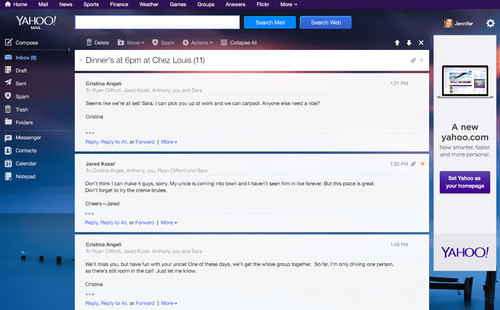 In October, Yahoo launched a major revamp of its online email service with a new layout and features. What we didn't know back then was that Yahoo had also ordered all of its employees to switch from their current email client, Microsoft Outlook, to the new Yahoo Mail.

As it turns out, just a few of Yahoo's workers have made that switch. AllThingsD.com reports that in an internal memo sent to its employees this week, just 25 percent of its workers have moved to Yahoo Mail. That isn't highly surprising, since many long time Yahoo Mail users have complained about the new version, including a decision to dump its tabs UI and putting in an awkward multi-tasking feature.

What is surprising is the the content inside the memo itself, which is highly eccentric and sometimes nearly incomprehensible. Even the title of the note is odd: "Windows 95 called and they want their mail app back." 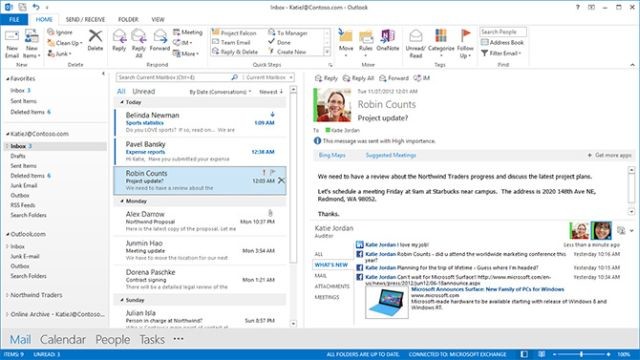 The memo proceeds to attack Outlook as a program that may be familiar to most PC users but Yahoo believes is not well suited to the current technology world. Brace yourself for this:

Certainly, we can admire the application for its survival, an anachronism of the now defunct 90s PC era, a pre-web program written at a time when NT Server terrorized the data center landscape with the confidence of a T-Rex born to yuppie dinosaur parents who fully bought into the illusion of their son’s utter uniqueness because the big-mouthed, tiny-armed monster infant could mimic the gestures of The Itsy-Bitsy Pterodactyl.

One of our favorite quotes in the memo tries to convince the 75 percent of Yahoo workers to switch to its own mail client with this flat out weird statement:

For others, you might now be running in your head to a well worn path of justified resistance, phoning up the ol’ gang, circling the hippocampian wagons of amygdalian resistance. Hold on a sec, pilgrim.

The memo, when it is not impersonating John Wayne on an acid trip, then tries to hype up the features in Yahoo Mail, such as its built-in Messenger client, keyboard shortcuts, previewing attachments and more. It adds that Yahoo employees also get to try out new features before they are released to the public client, such as auto-suggest which will be added to Yahoo's corporate email soon.

This is just the latest shot by Yahoo against Microsoft in the past few months. The company went to court to stop the use of the Bing search engine in Yahoo's Taiwan and Hong Kong websites, as per a previous agreement between the two companies. However, a judge in October denied Yahoo's request. Yahoo's current CEO Marissa Mayer has said in the past that the 2009 Bing search engine contract between her company and Microsoft has not resulted in much of a benefit for Yahoo. It's highly rumored she is trying her best to get out of the deal before the end of its 10 year agreement.