Earlier this week, we reported that Microsoft will be holding its annual pre-E3 2013 press event at the Galen Center in Los Angeles on June 10th, the day before E3 2013 officially starts. Today, invites started to be sent out to members of the media asking for their attedance, where Microsoft will reveal even more information on the next version of the Xbox game console. 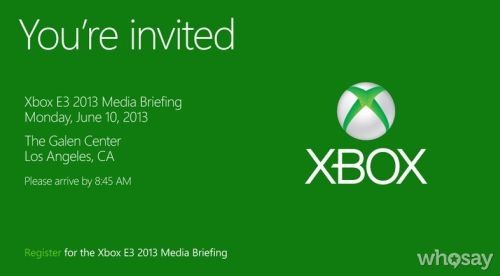 Yes, Neowin did get an invite and yes, we will be attending and live blogging from the Galen Center on June 10th. However, if you happen to be in the LA area, you just might be able to see the press conference from inside the venue. Microsoft's Larry Hryb took to his Twitter account today to announce this tidbit:

I'll also have tickets to give away starting next week. I'd love to get you into to the briefing in June to see what we have to show.

It's likely that the giveaway is just for the invite only; we don't think that Microsoft will spring for a flight and hotel room as well so this is just for people who know they will be in the LA area on June 10th or can travel on their own to the city. Microsoft's first reveal of the new Xbox will happen on May 21st in Redmond, Washington. Both the May 21st press conference and the June 10th pre-E3 event will be live streamed by Microsoft to the rest of the world.