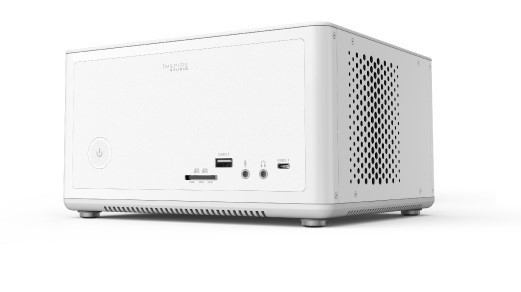 We've already seen a few announcements from big companies ahead of CES 2020, but smaller hardware vendors also have things to show off. ZOTAC, the Hong Kong manufacturer of PC components as well as its own PCs, has expanded its lineup of mini PCs ahead of the event.

There are plenty of new products, starting with a brand new line called Inspire Studio, which is aimed at media creators. It's a white box with a desktop variant ZOTAC's own variants of GeForce RTX SUPER cards, as well as 65W 8-core Intel processors up to a Core i7, though the generation is not specified. The PC has 32GB of RAM, 512GB of SSD storage, a 2TB HDD, dual Ethernet connectivity, and Wi-Fi 6 support. It comes with Windows 10 Pro. 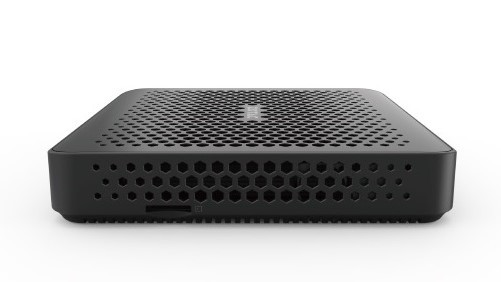 Next up us the new ZBOX edge line, an "ultra-thin form factor", which has up to an Intel Core i5. There are two devices in this line, starting with the ZBOX M series edge MI643. It's 1.12 inches (28.5mm) thick, one of the thinnest with an Intel Core processor. The chassis has plenty of ventilation holes, and it can be mounted on a wall with VESA mounts. It has 802.11ac Wi-Fi, Bluetooth 5, and dual gigabit Ethernet ports. It has up to 64GB of DDR4 memory and has two M.2 SSD slots for storage. 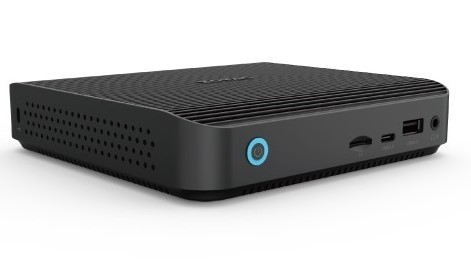 Then there's the ZBOX C series edge CI341, which is similar, except it's passively cooled. It's slightly larger, with 1.26 inches (32.1mm) of thickness, and it's not as powerful, with a Celeron N4100 processor.

ZOTAC is also renewing the MAGNUS lineup with GeForce RTX SUPER graphics. In addition to desktop-size of its own RTX SUPER cards, the MAGNUS EC72070S and EC52060S have 45W Intel Core i5 or i7 processors - also lacking any sort of generational denomination currently -, and up to 64GB of DDR4 RAM. The MAGNUS EN92080V opts for an RTX 2080, but comes with an Intel Core i9 processor instead.

The ZBOX nano lineup is also getting a refresh, and for the first time since 2015, there are models available with AMD CPUs. The two models are the ZBOX M Series MA621 nano and the ZBOX C series CA621 nano, which are the same except the M series model is actively cooled, while the C series model relies on passive cooling. They're both powered by the AMD Ryzen 3 3200U with Radeon Vega 3 graphics, or by your choice of 10th-generation 15W Intel Core processors, all the way up to a Core i7.

Finally, ZOTAC is announcing the VR GO 3.0 backpack PC, featuring an RTX 2070 GPU and an Intel Core i7 processor. It comes in a similar design to the VR GO 2.0, but now with support for SPECTRA 2.0 RGB. The backpack uses sweatproof material to make maintenance easier.

All of these products will be available to check out at CES 2020, but ZOTAC's announcement didn't include pricing or availability details.