We are aware that the PlayStation 3 may never receive another Resistance game after the surprisingly stellar 3rd installment last September, but that doesn’t mean the PlayStation Vita is going to be missing out. 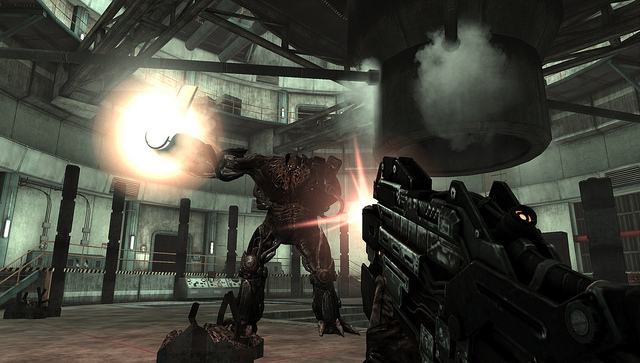 Resistance: Burning Skies is about an ordinary man becoming a hero. This ordinary man is Tom Riley, a New York City fireman who is called away during a seemingly routine fire call and finds him caught in the middle of a brutal Chimeran invasion. Riley finds himself embroiled in a far larger conflict that will determine the fate of New York and keep him away from his family as he becomes one of the few heroes of the Resistance.

In the latest interview with the developers, Nihilistic Games, multiplayer modes are showcased and seem to offer a solid multiplayer experience which looks like it is on-par with home consoles. This game not only looks better than some of the other games on the Vita, but also looks like it plays better. This game also happens to be the first first-person shooter on Sony’s newest portable system. Resistance: Burning Skies aims to give some of the hardcore gamers something to play on the go, whether that is online or offline.

The multiplayer interview is below:

What are your thoughts? Feel free to leave them in the comments section.