The latest tracking stats for Windows devices have been released by advertising network AdDuplex, which monitors usage across its network to create a detailed monthly breakdown of Microsoft's mobile ecosystem, along with key details on usage of Windows 10 PCs. Each month, the reports capture a snapshot of worldwide usage across one 24-hour period - in this case, June 26, 2017. 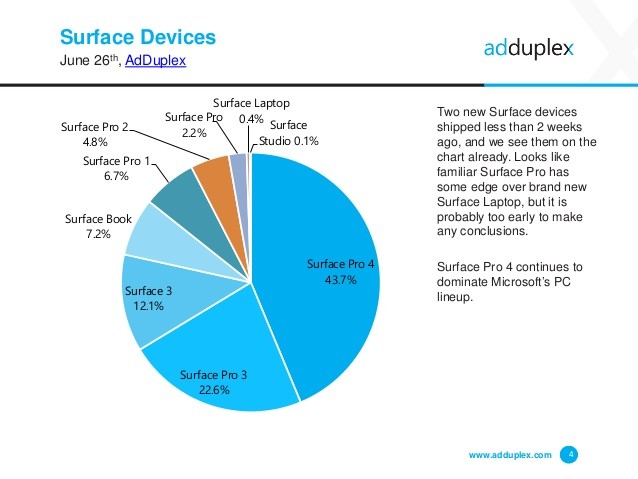 Just 11 days after the Surface Pro and Laptop were released, already 2.2% of all active Surface devices are the new Pro. The Laptop isn't having as strong of a start, with just 0.4%; however, it's worth noting that the cheapest Surface Laptop costs $200 more than the cheapest Pro. 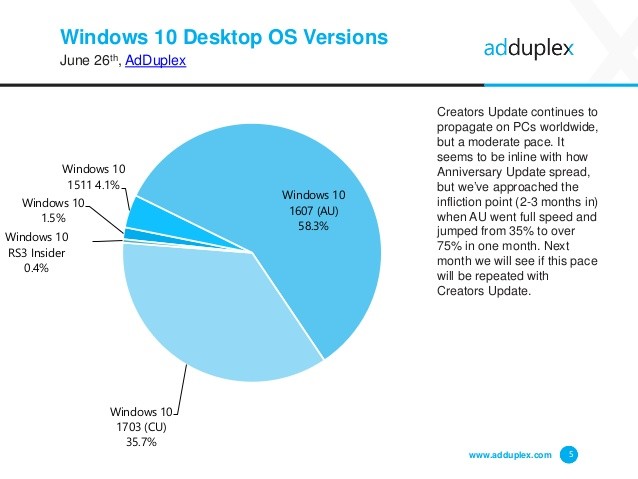 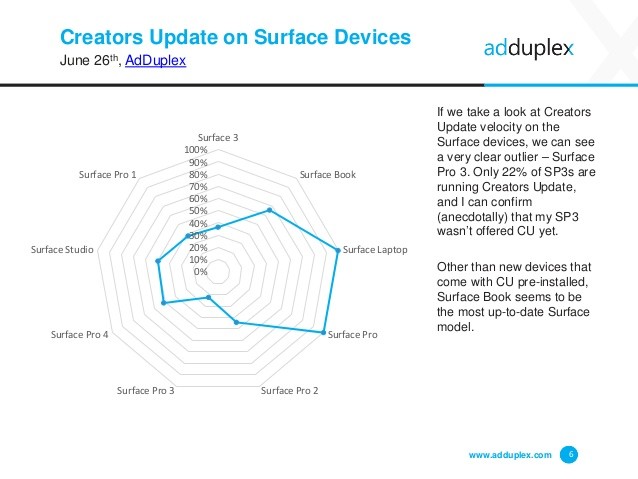 When we look at Creators Update adoption on Surface devices, the Pro 3 is at the lowest, growing to 22% from 15.2% two months ago. Obviously, the new Pro and the Laptop shipped with the CU pre-installed, and the other three newest devices - the Pro 4, Book, and Studio - have the highest adoption rates. 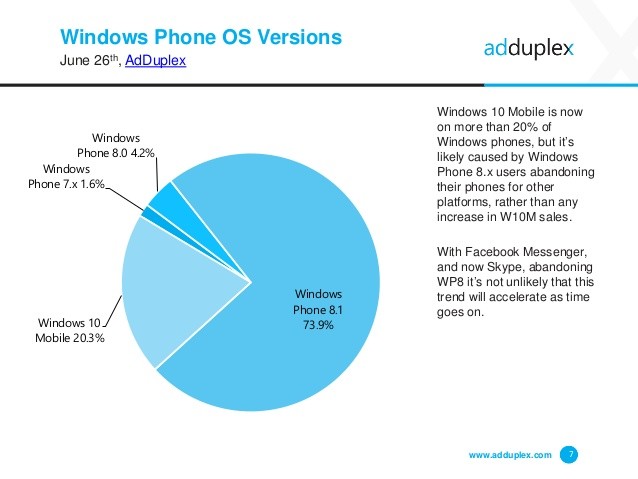 And that brings us to Windows phones. AdDuplex hasn't given us a specific phone usage breakdown since February, when Windows Phone 8.1 was on 76.3% of Windows handsets. That number has dropped to 73.9% in the last four months, with Windows 10 Mobile growing to 20.3% from 17%. 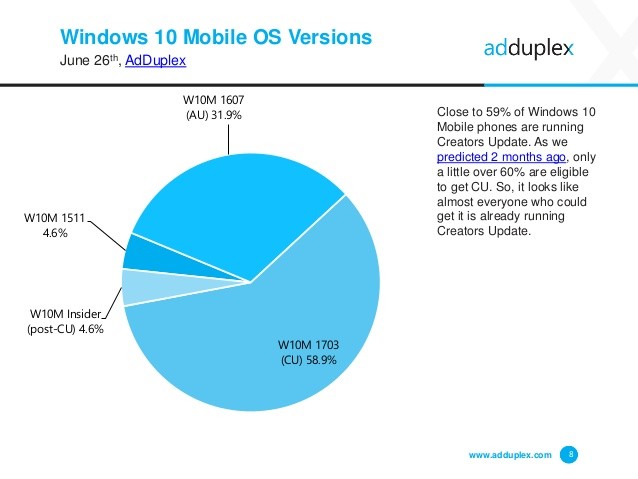 Back in April, we learned that 60.8% of Windows 10 Mobile devices are eligible for the Creators Update, and these statistics are showing a combined 63.5% that are running either the CU, or an Insider Fast ring build.