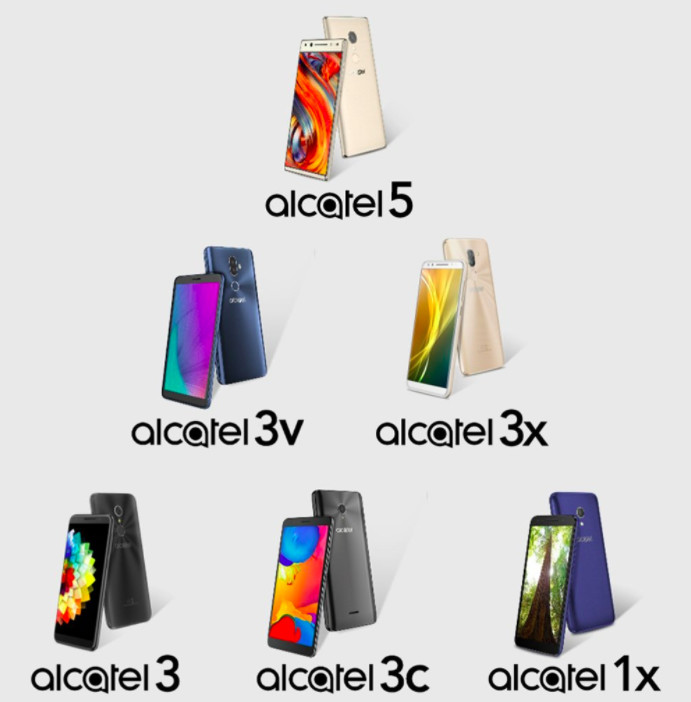 Alcatel may not be the first brand that comes to mind with respect to smartphones﻿, but the company has a wide range of phones on several carriers in the United States. As we head into the final months of the year, it appears that we will get a sneak peek at the firm's upcoming smartphones for 2018.

The leak comes courtesy of Evan Blass, known to be reputable, who provides early images and information on handsets that have yet to be announced. While there aren't any specifications attached to his latest leak, there are plenty of devices to look over. Blass does make mention that these models are "Alcatel 2018 top-tier lineup (Idol-equivalent)". Presumably, he references the IDOL name because the firm's current lineup includes that moniker, while the ones in the picture do not.

Now that this information is out there, it will be interesting to see when these actually arrive. With a majority of major trade shows over for 2017, there is a possibility that some of these might be announced at the top of the year at CES 2018.