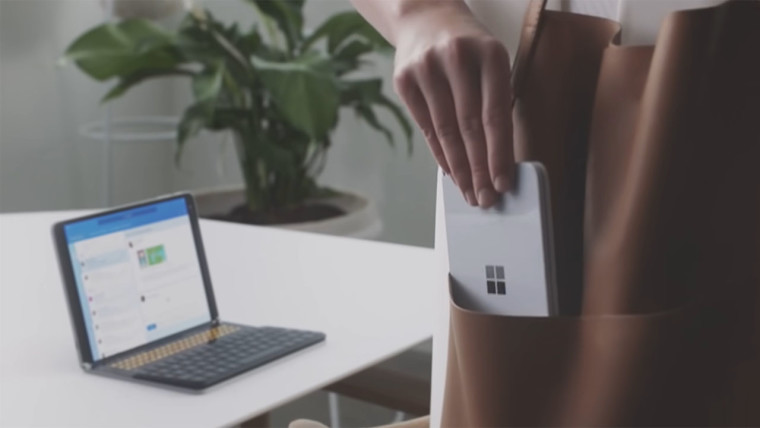 Today, Microsoft finally announced the availability, specs, and other details of the Surface Duo, its dual-screen smartphone that runs Android. The device will be coming to the United States first on September 10, and other markets should get it at some point later on, and it will start at $1,399.

With the main reveal out of the way, other tidbits of information are now coming out. As you'd probably expect, the Surface Duo will work together with Windows 10 thanks to the Your Phone app and the "Link to Windows" feature. Instead of installing the Your Phone Companion app on the Duo, the integration with Your Phone will be baked into the system, similar to how Samsung phones have been doing it since last year.

That means the Surface Duo will also get all the features that have been exclusive to Samsung phones so far. Since Microsoft and Samsung entered a partnership last year, the South Korean company's phones have been graced with an array of exclusive features, such as clipboard syncing through the cloud, phone screen projection, and most recently, the ability to run apps from your phone on your Windows 10 PC. All of those features will work on the Surface Duo as well.

Even with these (almost) exclusive features in mind, the $1,399 price tag may be a bit hard to swallow. The Surface Duo sports last year's flagship processor - the Snapdragon 855 - 6GB of RAM, and starts at 128GB of storage, with no 5G support, wireless charging, or NFC.