It's now been almost eight months since Android 5.0 Lollipop was first announced, but its rollout hasn't exactly proceeded at breakneck pace. Around this time last month, the percentage of devices running the newest versions of Android still hadn't reached double-digits.

Google has now published its latest monthly stats breaking down the proportion of active devices running each version of Android, and Lollipop is continuing to make progress, albeit slowly. Android 5.0 is now up to 11.6% (from 9.0% last month), but the latest publicly available version, 5.1, has only increased very slightly, from 0.7% last month to 0.8% now. 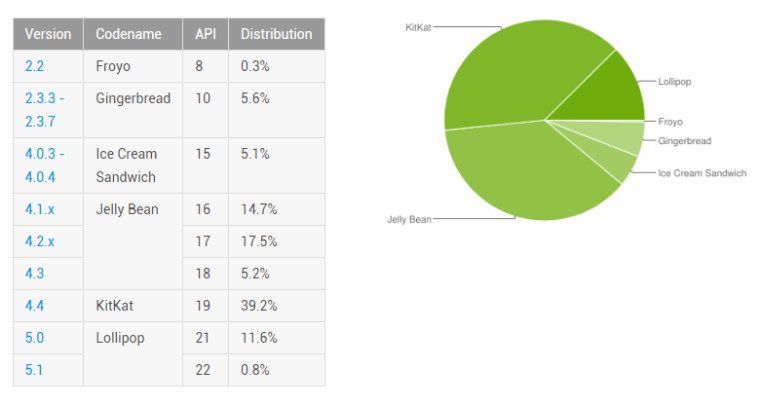 Meanwhile, Google has already announced the next major update to the OS. Known currently as the Android 'M' release, it's available now as a Developer Preview, but the final version will begin rolling out to devices next quarter. Of course, the rate at which that rollout progresses will no doubt be a story for another day...