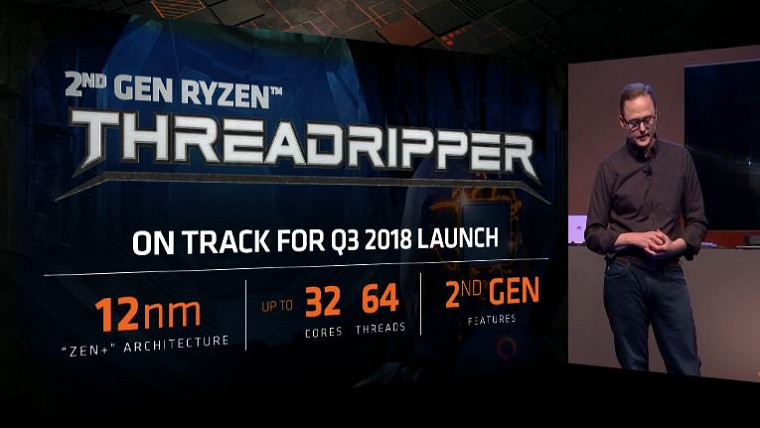 AMD moved to bolster its CPU line for high-end desktops with the launch of the Threadripper processor in May last year, packing 16 cores and 32 threads. Now at Computex 2018, AMD is literally doubling down the power of the Threadripper line with a tease of a 32-core chip.

The upcoming chip is based on AMD's 12nm Zen+ architecture and is capable of handling 64 threads at a time while still managing to fit in the same socket size as the first-generation Threadripper. The semiconductor company revealed that the second-generation Threadripper will launch in the third quarter of 2018.

AMD's new Threadripper chips will feature the same clock speeds and performance upgrades like those of the second-generation Ryzen desktop processors which were unveiled last April. The 32-core Threadripper processor is expected to compete with Intel's upcoming 5GHz 28-core chip, which was announced at Computex 2018 as well.