AMD is planning to launch several new Ryzen models, perhaps in a bid to better compete against Intel's 12th gen Alder Lake-S parts. There will be new Ryzen 5000 models alongside a few Ryzen 4000 "Renoir-X" processors as well. The purported full specifications and prices for these SKUs have already leaked.

While that is great to know, the 5800X3D apparently doesn't support overclocking according to a user on Bilibili. 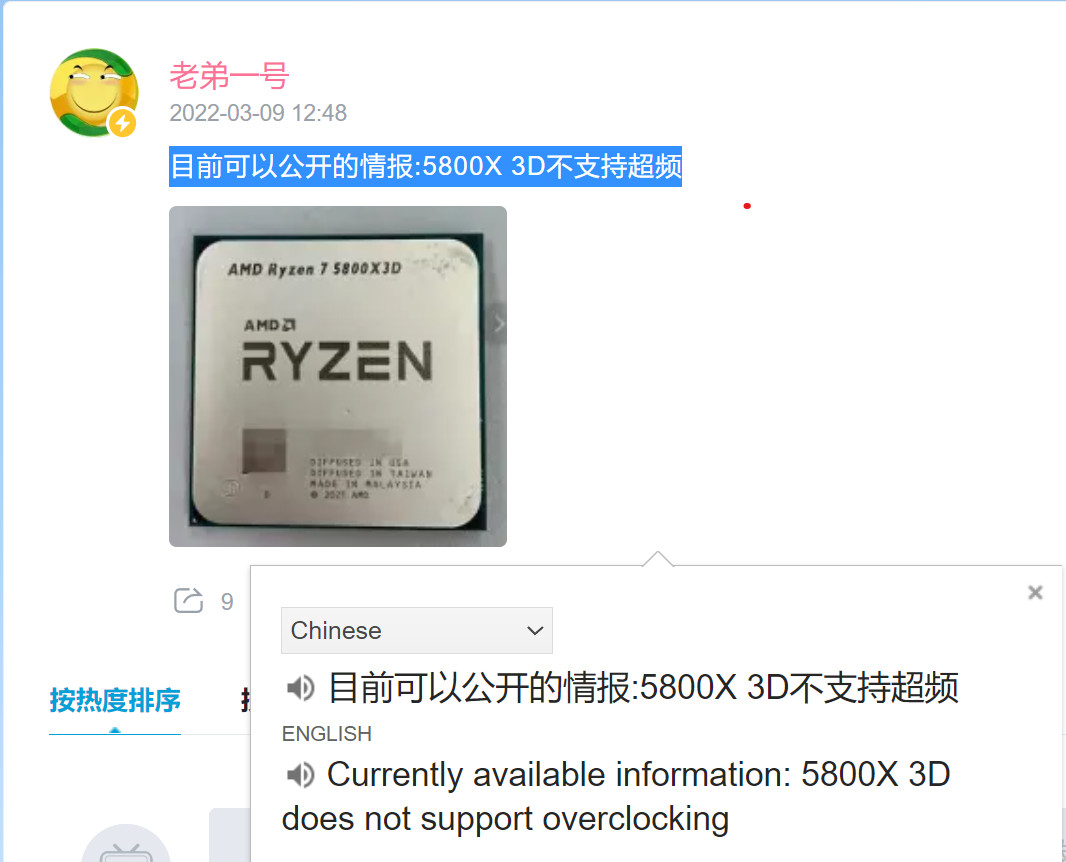 The report could be authentic as the user has posted what appears to be an actual photo of the Ryzen 7 5800X3D. And if so, this could be a first for AMD's Zen-based processors as all Zen CPUs so far, be it top-end Threadripper, mainstream Ryzen, or entry-level Athlon, have come unlocked out of the box. This means they can all be overclocked as long as you are running a B_50 or an X_70 series chipset motherboard. Further, the Ryzen 7 5800X3D is an enthusiast-grade product and the lack of overclocking support is pretty underwhelming on a chip belonging to this segment.

However, it is also possible that the firmware version for the board on which the Bilibili user tested the 5800X3D does not fully support the processor as the SKU is a new, unreleased part still.