Sony announced Thursday on the official PlayStation Blog the full details of the PlayStation Vita's launch in the USA and Canada, including a list of launch titles and prices of games and accessories. The system and its launch titles will be available in those countries starting on February 22.

A total of 25 games will be available on the system at its launch, and Sony boasts that more than 100 games are currently in development. All software will be priced starting as low as $9.99 and as much as $49.99 and will be available at retail locations, digitally through the PlayStation Network or both. 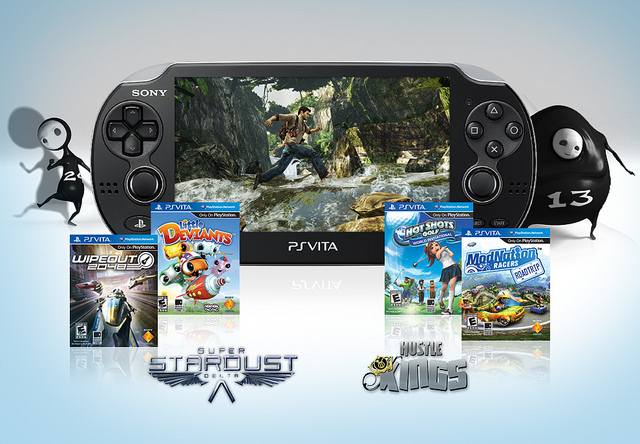 The full list of 25 launch day titles is as follows (publishers in square brackets):

Additionally, the following titles were listed as coming in the "launch window," which assumedly means they will be released within the first few weeks of the PlayStation Vita's debut:

That's quite the software lineup, especially in comparison to the paltry nine retail titles available at the North American and European launches of rival Nintendo's 3DS handheld. Sony also revealed release dates and prices of the Vita's various accessories, including the cost of memory cards that gamers were anxious about. Turns out they're still pretty expensive, but not as bad as the rumors said.

The PlayStation Vita system itself will be available at $249.99 in a WiFi-only model, and $299.99 for a WiFi+3G model as revealed at E3 2011. There is also the First Edition Bundle for $349.99 that comes with accessories and a game, which will be available a week ahead of the official launch for super-early adopters.

Are any of our readers picking this up? The Vita is definitely an attractive piece of hardware and has a large software launch lineup to back it up, but I'm sure one of Sony's biggest challenges is the fact that most tech users don't have a strong desire for a dedicated portable handheld device in this current age of smartphone ubiquity and $0.99 apps.