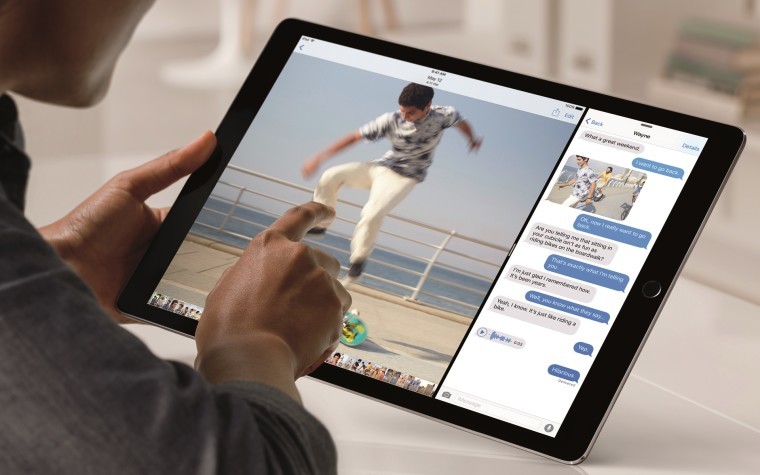 Last year Apple took a big step forward with its line of tablets, when it introduced the iPad Pro. Now, the company is looking at taking much riskier but also exciting steps with its upcoming tablet models, according to a credible report.

Apple will be launching a new size of iPad next year, with the company planning a new tablet model coming in at 10.5 inches. That’s a small increase above the existing iPads with 9.7-inch screen but quite a bit smaller than the 12.9-inch iPad Pro. While this change is only notable due to Apple’s reluctance to change form-factors and screen sizes, the company has a much bigger update scheduled for 2018.

According to noted analyst Ming-Chi Kuo, who's been accurate with his predictions and information both on the iPhone SE and iPad Pro, the company is looking to introduce something truly special and “revolutionary” with its tablet line-up for 2018. In a note sent to investors on Sunday and quoted by Apple Insider, Kuo explains that Apple will be introducing a flexible AMOLED screen on at least one iPad model in 2018.

That’s a very interesting step for Apple, especially given the fact that the iPhone is not expected to transition to AMOLED screens until next year. But taking a step further and opting for flexible screens, which will introduce brand new interaction models and UX elements, is bound to turn some heads.

Of course, this isn’t exactly a huge surprise, as the industry as a whole is moving in that direction. Samsung has teased phones with flexible displays for years now, and the company even said such a device was “right around the corner”. Meanwhile, both Samsung and LG have been heavily investing in flexible AMOLED manufacturing plants, both citing increased interest and demand from the tech sector.

Apple is looking to reinvigorate its product lines. With much of the company’s income and profit dependent on iPhones, Apple is expected to announce a major handset redesign next year. A radical tablet redesign in the year following seems like a good bet as well, especially given declining sales and interest in the overall tablet market.

Still, we’re years away from any public announcement on the matter coming from Apple, so while these developments are intriguing, two years is a long time and plans can easily change during that period.