The Xbox Smartglass app on iOS and Android just got an update. It doesn’t bring a ton of new features but one that is coming along for the ride is the ability to view, share and save Xbox One screenshots. 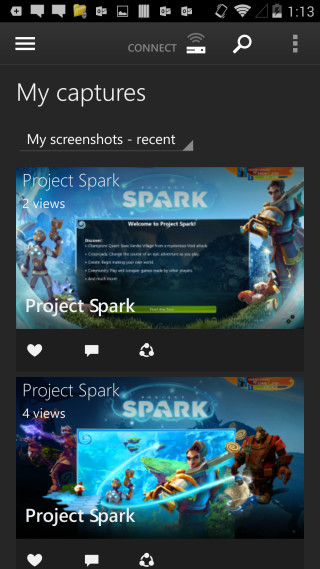 Windows users are quite familiar with this feature as it’s been available for quite a while now, in the Windows 10 Xbox app. Users can find their captures in the Capture category, accessed from the hamburger menu in the top left corner. From there they can see their screenshots, save them, or share them on their activity feed.

As previously mentioned, this isn’t a huge new feature, but it was the most requested one by the community. Unfortunately, the iOS Xbox One Smartglass app is currently in closed beta, so only some of you will have access to it. But the app is open on Android, meaning lots of users will get to try out the new features and leave their feedback.

With so many upvotes for the screenshot sharing feature, the community is bound to be happy with the latest addition. And seeing how the Xbox One will be getting Windows 10 in the near future, expect more updates to start showing up soon.