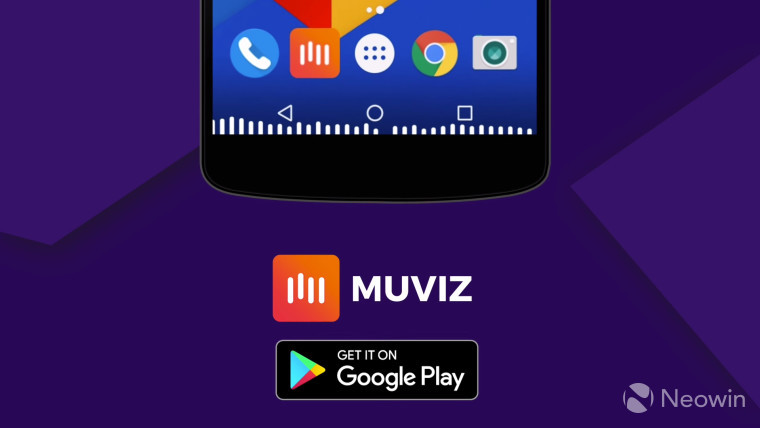 Sound visualization is mostly a thing of the past these days with things like Winamp having fallen away in favor of Spotify and similar apps. You can reclaim your former visualization love with Muviz, however, which brings all that eye candy goodness to your phone.

Utilizing Android's "Draw over other apps" feature, Muviz puts a sound visualization overlay either directly over your Android's navigation bar or above it based on your preference and what your phone would support. It automatically turns on whenever it notices music being played and the visualization immediately becomes visible without any additional interaction. The visualization can be as simple or as complex as the user would like it to be. 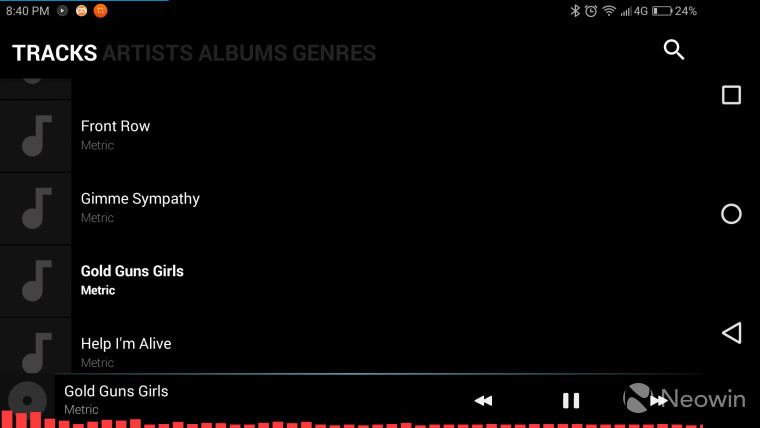 There is a free option of the app and it's super customizable. There are about a dozen different visualization types and styles out of the box and another dozen or so are unlocked with the paid version of the app. Aside from what it comes with out of the box - which you are able to individually customize - you're able to go in and add your own self-defined visualization styles.

A user is able to add several different layers and adjust the shape, color, size, spread, height, transparency, and shadow. It's really easy to use and mix and match different styles and it works really well. Certain shapes are locked to the pro version, but the existing ones are more than enough.

I've had it work with very obscure media players and it's played quite well with Podcast Addict as well. 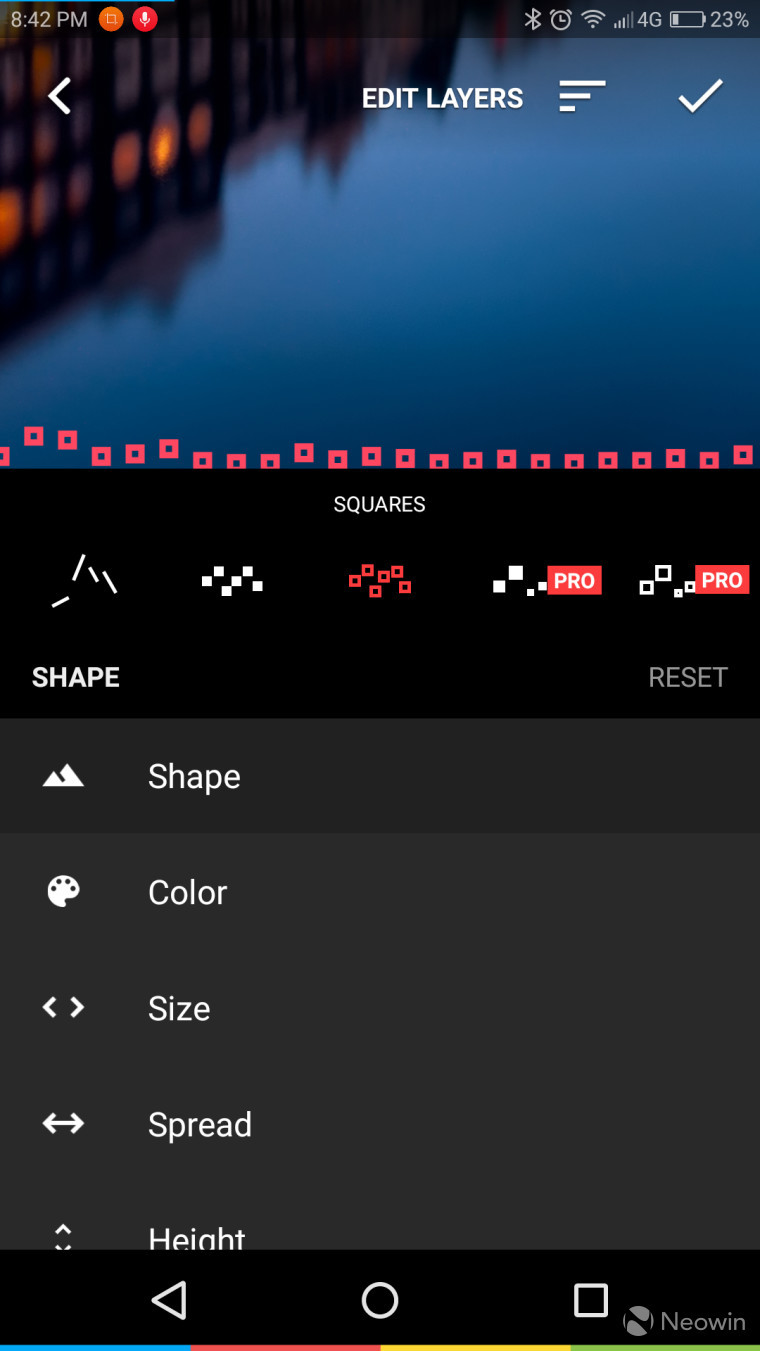 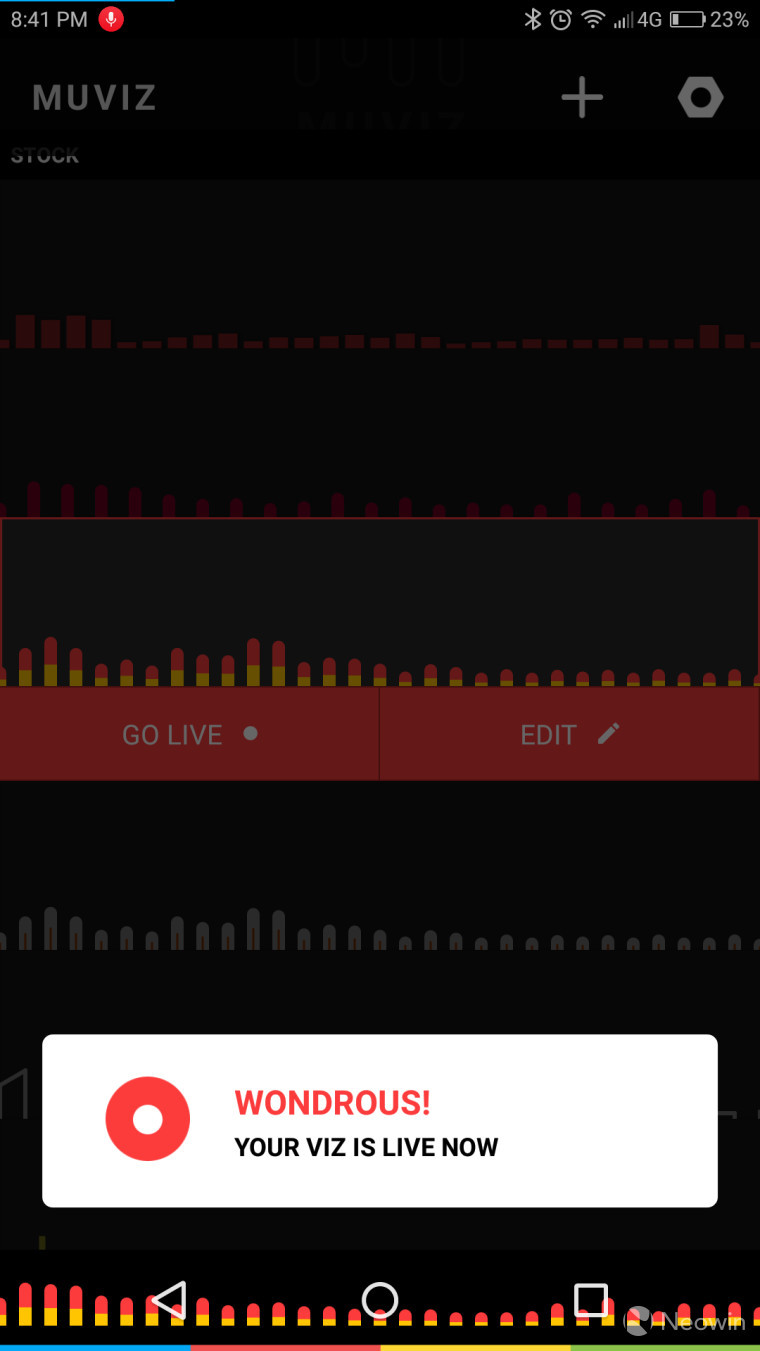 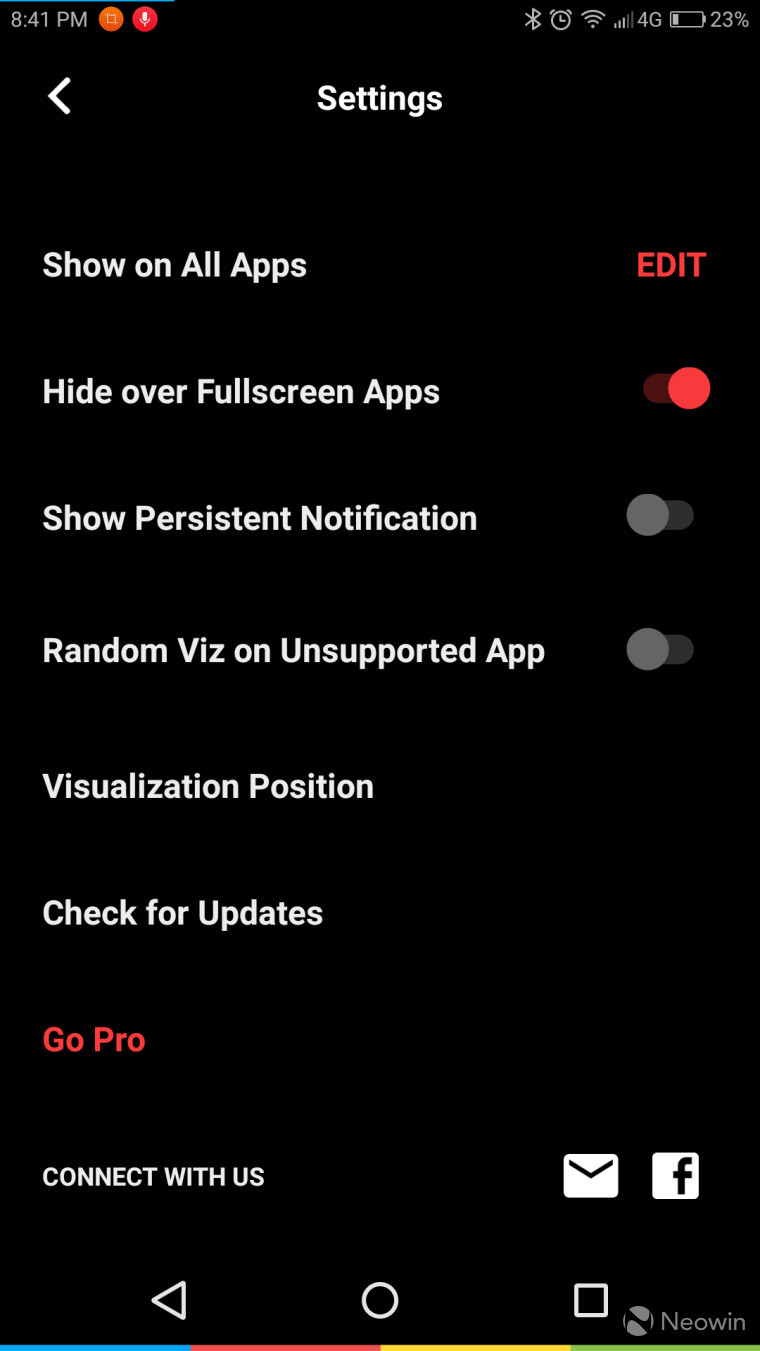 I've also had it occasionally lag or fall out of sync. This hasn't happened very often but, it has still happened a couple of times and it ends up looking off.

Sometimes, if your nav bar is transparent and there is a conflicting background color, you end up with heavily clashing colors depending on your color choice for the visualization. Red on dark green? Yuck. But luckily that doesn't happen too often, although it's something to keep an eye out for if you're going to be using it with Navbar Apps.

The Pro version doesn't add that many features over the free version (besides additional visualization styles) so it's quite pricey at a little over $2. I would have probably paid for it if the free version was a little more locked down, which sounds a little nuts, so I'm not sure if this is a good or bad thing but taken within the scope it's in I'd say it's a bit too expensive at the moment. The additional visualization styles are not even that attractive - less ambitious and more traditional ones (like the bars) should have been locked out instead.

It doesn't work with Sonos which is also quite disappointing.

You can check out Muviz on the Play Store here where it currently scores an average of 4.3 from 2,907 total ratings.